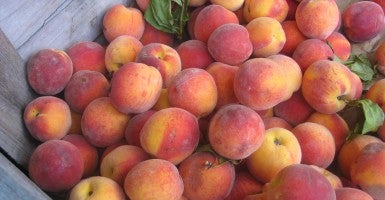 RUSTON, La. — Peach orchards at Mitcham Farms, near the north Louisiana city of Ruston, have survived winter freezes, droughts and dangerous hail storms. But they evidently will not survive the Environmental Protection Agency and its regulations.

The family-owned business, established in 1946 and featured in tourism magazines, is Louisiana’s largest peach orchard,according to its website, but owner Joe Mitcham expects he’ll close up shop in only a few years.

In 2005, the federal government completed its phase out of a chemical known as methyl bromide, used to control pests in peach trees and other plants. This has given Mitcham no choice but to close, as most of his trees won’t survive without it. In fact, many already have.

The EPA claims using this chemical threatens the earth’s ozone layer and that the U.S. had to discontinue its use because of the Montreal Protocol On Substances That Deplete the Ozone Layer and because of the Clean Air Act.

Mitcham told Watchdog the federal regulations also have forced him to downsize his business from 60 employees to 20 and he now struggles to cover business expenses. He took over the business from his father, he said. But he is ready to retire, and his children–and other potential buyers–have little interest in a peach tree farm in which the peach trees are dying.

“We had the potential to be a million-dollar business,” he said. “But definitely not now.”

EPA spokeswoman Enesta Jones told Watchdog on Wednesday that many of the agency’s experts on the subject of methyl bromide are “out of the office this week.”

The peach orchards remain a huge tourism draw, Mitcham said. People come from all over to see them, and they are the star of the annual Peach Festival in Ruston.

“It’s such a symbol of our area, and it’s such a part of our history and it’s such a shame that it would go away,” said Laura Jones of Ruston, who has taken her children to visit the farm. “I don’t know what that would mean for our Peach Festival.”

Agricultural experts are currently pondering the benefits of an alternative to methyl bromide, but, if approved, no one will sell it until long after Mitcham’s farm is gone, he said.