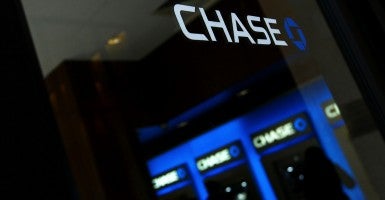 JPMorgan Chase refused to confirm or deny that employees of the global banking giant were asked in a recent survey about their sexual orientation and whether they are “an ally of the LGBT community.”

At least two Chase bank employees have said they were asked such questions, and one said employees’ identification numbers appeared on the returned surveys.

JPMorgan Chase spokeswoman Jaclyn D’Aversa told The Daily Signal on Monday evening that the survey was “completely voluntary and anonymous.”  She refused to talk about the content or how many employees received the survey.

Two employees of Chase allege that an annual survey on management and other routine issues included the following questions, with employees instructed to check all boxes that apply:

1) A person with disabilities;

2) A person with children with disabilities;

3) A person with a spouse/domestic partner with disabilities;

4) A member of the LGBT community.

5) An ally of the LGBT community, but not personally identifying as LGBT.

In a follow-up interview with The Daily Signal this afternoon, another JPMorgan Chase spokeswoman said the corporation completed “an employee opinion survey earlier this year.” She refused, however, to confirm or deny whether employees were asked LGBT-specific questions.

“The survey is optional, confidential and anonymous,” the spokeswoman said, adding:

JPMorgan Chase is one of the largest financial institutions in the world, with 260,000 employees in more than 60 countries. Chase is its U.S. customer and commercial banking unit, with 185,000 U.S.-based employees.

Robert P. George, a law professor at Princeton University and co-author of a book on the definition of marriage, first reported on the survey on his law blog, Mirror of Justice, after a JPMorgan Chase employee brought the last question in the sequence to his attention.

The source, who asked not to be identified by George for fear of losing employment, expressed outrage over the inquiry. George quotes the source as saying:

Not selecting that option is essentially saying ‘I’m not an ally of civil rights,’ which is a vague way to say ‘I’m a bigot.’ The worry among many of us is that those who didn’t select that poorly placed, irrelevant option will be placed on the ‘you can fire these people first’ list.

The whistleblower added: “This survey was not anonymous. You had to enter your employee ID.”

At JP Morgan Chase’s request, The Daily Signal today submitted a list of 10 questions about the survey, including why employees were asked about their sexual orientation and whether it was the first time the bank has inquired about its employees’ ties to the “LGBT community.”

The spokeswoman did not reply to the specific questions.

Some gay activists and others in the self-identified LGBT community — for Lesbian, Gay, Bisexual and Transgender — expressed skepticism about the survey described by George’s source. George then posted a follow-up blog citing a second employee who came forward to confirm the survey’s existence.

The second employee said of the survey:

It did have the last two options about being an LBGT ally. I have worked for Chase for [deleted] years and was blown away by this question. I have no idea what they were thinking when they asked that. If this is posted, please spare my identity.

At Princeton, George holds the McCormick Chair in Jurisprudence and is founding director of the James Madison Program in American Ideals and Institutions. He is chairman of the United States Commission on International Religious Freedom. He  previously served on the President’s Council on Bioethics and as a presidential appointee to the United States Commission on Civil Rights.