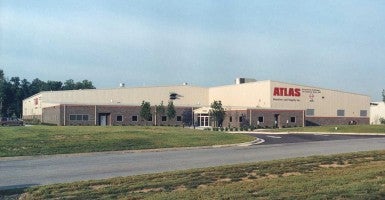 Yesterday the Supreme Court ruled that “closely held” companies can have a religious right to decline coverage for drugs and devices that can act as abortifacients. Already one Kentucky company has canceled coverage of the morning-after pill, and experts predict many more will follow suit.

On the same day as the court’s decision, Rich Gimmel, owner of Atlas Machine and Supply Inc., notified his insurance provider to cancel coverage. In an interview with the Wall Street Journal, the evangelical Christian explained that he doesn’t want to deny this coverage to his more than 200 employees, but he objects morally to providing funding for morning-after pills.

“Our position isn’t that people shouldn’t be able to have these,” Gimmel explained, “we’re just saying we shouldn’t be forced to pay for it.”

With yesterday’s decision, hundreds of companies who earlier filed suit against the mandate could find themselves well positioned to end coverage as well. Gretchen Borchelt of the National Women’s Law Center expects many plaintiffs to bow out of their legal challenges and move forward under the Hobby Lobby precedent.

“Closely held companies now have a license to harm their employees in the name of the company’s religion,” Borchelt told the Daily Beast, and “some of the plaintiffs who have existing cases have said they intend to stop fighting and simply use this decision as a victory.”

These companies may represent just the tip of the iceberg. Yesterday, NPR reported that 9 of every 10 businesses in America qualify under current IRS definitions as “closely held” companies.

“The high court ruling does not mean that any closely held company with a sincerely held religious belief can automatically just stop including contraception in their health plans,” said Daniel Blomberg, an attorney who represented Hobby Lobby, in a an interview with Politico yesterday. “The company would still have to go to a court and seek the exemption.”