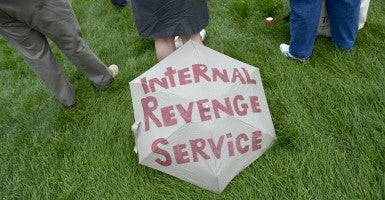 The agency informed Congress of the missing emails in a letter last week. The IRS said Lerner’s emails from January 2009 through April 2011 were lost in a computer crash.

Two groups targeted by the IRS were the Honolulu Tea Party and the Hawaii Tea Party on Maui, both of which were seeking a 501(c)4 tax-exempt status.

“How did the IRS lose the emails? That’s impossible. The only way to lose them is to intentionally delete them,” said Adrienne King, head of the Honolulu Tea Party. “It’s outrageous what this administration is trying to get away with.”

Jim Wagoner, a spokesman for the Hawaii Tea Party on Maui, said it’s inconceivable the emails were lost. “It sounds like a lie, like a cover-up,” Wagoner said. “It’s exasperating.”

The Hawaii tea parties are two of several conservative groups that are plaintiffs in the May 29, 2013, lawsuit filed by the American Center for Law and Justice in Washington, D.C., which claims the Obama administration overstepped its authority in subjecting tea parties to additional scrutiny, violating the First and Fifth amendments of the U.S. Constitution and the Administrative Procedures Act.

King, an attorney, was shocked and angered in 2012 when she got an inquiry from the IRS demanding she provide detailed information on tea party activities, materials, pictures, videos, names of speakers and attendees, as well as copies and recordings of speeches made during events.

The IRS also wanted to know how the speakers were selected, how much time was devoted to each speaker and topics discussed.

The Hawaii Tea Party on Maui received a similar letter.

The plaintiffs are asking the court to issue a declaratory judgment to confirm the IRS delayed and obstructed the organizations’ applications for a determination of tax-exempt status.

As a part of its investigation, the American Center for Law and Justice obtained letters that show Lerner was personally involved in sending “invasive questionnaires” to 15 of its clients in March 2012, nine months after she said she learned about the scheme and pledged to stop it.

Congress held its own investigative hearings into the IRS scandal, but Lerner refused to cooperate. The majority of the U.S. House voted to hold her in contempt. She resigned September 23, 2013, after being put on paid leave after an inspector general’s audit determined IRS officials targeted groups for additional scrutiny while she was in charge.

“Do they really expect the American people to believe that, after having withheld these emails for a year, they’re just now realizing the most critical time period is missing?” House Oversight and Government Reform Chairman Darrell Issa, R-Calif, said in a statement to the media.

Issa wrote a response Friday to IRS Commissioner John Koskinen, noting the IRS still must produce as many as 1 million documents under his committee’s subpoena, and he ordered Koskinen to produce the documents by Wednesday. The House committee has waited for a year for the documents related to its inquiry.

The IRS said in a statement the agency is working on the request:

The IRS has made unprecedented efforts in connection with this effort, producing more than 750,000 pages of documents to help complete the investigations. In total, the IRS’s efforts to respond to Congress have involved more than 250 IRS employees working more than 120,000 hours at a direct cost of nearly $10 million.