The Biggest Non-Story in Tuesday’s Elections? Mississippi Voter ID Implemented With No Problems 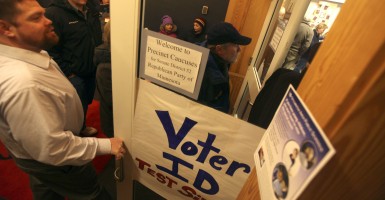 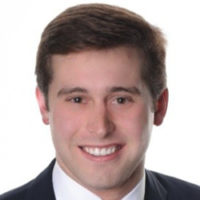 It wasn’t the biggest story following Tuesday’s elections in various states, but it was the biggest and most-ignored non-story.

Mississippi’s new voter ID law got its first run in the June 3 primary, and the sky did not fall. Despite the tiresome and disproven claims by opponents that such laws cause wholesale voter disenfranchisement and are intended to suppress votes, Mississippi “sailed through” its first test of the new ID requirements, according to The Clarion Ledger, the newspaper of Jackson, Miss.

Aside from being able to use any form of government-issued photo ID, like every other state with ID requirements, Mississippi provides a free ID for anyone who does not already have a government-issued photo ID.  Contrary to the claims of those who say large numbers of Americans don’t have an ID, Mississippi estimated that only 0.8 percent of Mississippians lacked an ID.  In fact, even that may have been an overestimate since the state had to issue only about 1,000 voter ID cards. All those who forgot their ID on Tuesday also could vote by an affidavit as long as they returned and showed an ID within five days.

The Clarion Ledger reported how few problems there were in the implementation of the new requirement. Secretary of State Delbert Hosemann said the state “devoted countless hours of time and training to election officials across the state” and the result was that there were hardly any complaints. There was only one reported case of a man mistakenly being turned away for lack of an ID, at which point an election commissioner was sent to solve the problem. But this was one of the few reported problems across the entire state in which almost 400,000 voters turned out to cast their ballots in the primary elections, including in the fiercely contested Republican U.S. Senate primary where incumbent Thad Cochran faced off against challenger Chris McDaniel in a razor-thin election.

As Sid Salter from the Clarion Ledger put it, the voter ID law was a “non-event” and “voters expressed little, if any, inconvenience at the polls due to the new law.” So how is the new law being covered by the media? Instead of reporting that the voter ID law is “sailing through,” the mainstream media has instead elected to remain silent. As Hosemann said, “No news is good news.”