Pinterest Users, Beware: Giving Cooking Advice Could Be a Crime 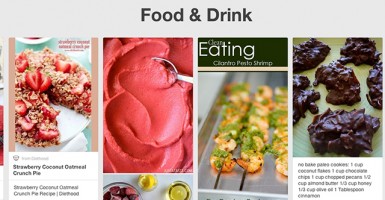 You’d better think twice before you recommend that fellow Pinterest users substitute fat-free evaporated milk for heavy cream. You just might end up on the wrong side of the law.

That’s the risk you run in North Carolina, where dispensing free dietary advice on the Internet got Steven Cooksey threatened with criminal penalties.

What did Cooksey do? According to the Carolina Journal, in May of 2009, Cooksey started a blog on which he described his ordeal with diabetes and told readers how a new diet helped him through his illness. His website explicitly informed viewers that he wasn’t a doctor or a nutritionist.

That was enough to alarm the North Carolina Board of Dietetics and Nutrition. In January of 2012, the board warned Steve that he could not give readers personal advice on diet, whether for free or for compensation, because doing so constituted the unlicensed practice of “dietetics.” And unlicensed dietetics is a misdemeanor in North Carolina.

Think about that for a minute. Not only Cooksey, but everyone who emails friends about the virtues of going paleo or comments on Pinterest about the health benefits of substituting ingredients – to say nothing of booksellers like Barnes & Noble that sell volumes recommending novel diets – may fall within the scope of North Carolina’s uncommonly silly laws, either by actually committing misdemeanors or conspiring to do so!

Ridiculous results follow. In 2011, a judge sentenced Steven Pruner to 45 days in jail for selling hot dogs from a food cart near Duke University Medical Center. No one ended up in the Medical Center because of Pruner’s dogs, but operating a business without a license is a crime in North Carolina, and that was that. No matter that most North Carolinians probably couldn’t fathom that selling hot dogs could result in criminal penalties—the law doesn’t require knowledge that what one is doing is illegal.

Cooksey, the nutrition blogger, sued the state board in federal court in May of 2012, arguing that the First Amendment protected his advice. While the suit was ultimately dismissed on the grounds that Cooksey did not suffer an injury, his case is a textbook example of overcriminalization: the use of the criminal law to target conduct that isn’t inherently wrong and that most reasonable people wouldn’t expect to be illegal in the first place.

Much as we might like to, we can’t laugh stories like this off, as long as overcriminalization continues to ruin the lives of honest citizens. No American should have to think twice about whether sharing recipes will land them on the wrong side of the law. North Carolinians should demand that their policymakers make their state safe for citizens who simply want to give one another advice.