Earlier today, Senate Majority Leader Harry Reid (D–NV) announced his intention to proceed to executive session tomorrow to consider the Convention on the Rights of Persons with Disabilities (CRPD), an international treaty purporting to protect the rights of the disabled that the Obama Administration signed in July 2009.

However, U.S. membership in CRPD would not advance U.S. national interests either at home or abroad.

The rights of Americans with disabilities are well protected under existing law and are enforced by a wide range of state and federal agencies. Joining CRPD merely opens the door for foreign “experts” to interfere in U.S. policymaking in violation of the principles of American sovereignty.

Ratification of CRPD would do nothing to improve the existing statutory framework and enforcement system for protecting the rights of Americans with disabilities.

Ratification of the CRPD is unnecessary to end discrimination against people with disabilities in the U.S. As is made clear throughout the Obama Administration’s Transmittal Package, the U.S. already has in place numerous federal laws to protect and advance the cause of Americans with disabilities. Major pieces of legislation include the Rehabilitation Act of 1973, the Americans with Disabilities Act (ADA), the Individuals with Disabilities Education Act, and the Fair Housing Act.

Other federal laws that protect people with disabilities include the Telecommunications Act, the Air Carrier Access Act, the Voting Accessibility for the Elderly and Handicapped Act, the Civil Rights of Institutionalized Persons Act, and the Architectural Barriers Act.

Unlike the broad provisions of CRPD, these federal laws were crafted to address the situation of disabled people living in the U.S., not to reflect the general opinions of the international community. The legislation is a firm foundation that can be modified or expanded as necessary through the legislative or regulatory process.

The Geneva-based Committee on the Rights of Persons with Disabilities would inevitably interfere with U.S. policymaking, thereby infringing on American sovereignty and intruding into matters wholly unrelated to disability rights.

To monitor implementation, human rights treaties usually establish a “committee of experts” to review reports from states parties on their compliance. States parties are required to submit periodic reports (usually every four years) to the committee detailing their compliance with the particular treaty.

The CRPD established the Committee on the Rights of Persons with Disabilities (CRPD committee) to review periodic reports and make “such suggestions and general recommendations on the report as it may consider appropriate.”

Human rights treaty committees have been known to make demands that fall well outside the scope of the subject matter of the treaty and conflict with the legal, social, economic, and cultural traditions and norms of states. This has especially been the case with the U.S.

For instance, in February 2008, the Committee on the Elimination of Racial Discrimination reviewed the U.S. record on racial discrimination and issued a report directing the U.S. to change its policies on a series of political causes that are completely divorced from the issues of race and racial discrimination. Specifically, the committee urged the U.S. to guarantee effective judicial review to the foreign unlawful enemy combatants held at Guantanamo Bay, prevent U.S. corporations from abusing the rights of indigenous populations living in other countries, place a moratorium on the death penalty, and restore voting rights to convicted felons.

The committees overseeing the enforcement of other human rights treaties often recommend changes in policies that are outside of traditional American norms. For example, the committee that oversees the Convention on the Elimination of All Forms of Discrimination against Women regularly advocates that states decriminalize prostitution, expand access to abortion, devalue the role of women as mothers, reduce parental authority, and implement strict numerical gender quotas in the government and private sectors.

The U.S. has reason to expect that the experts on the CRPD committee will give short shrift to U.S. sovereignty, laws, regulations, and norms and embark on similar forays in pursuit of a broader agenda of social engineering unrelated to disability rights.

As with any other treaty, the Senate should weigh the costs and benefits entailed with ratifying CRPD. Neither the U.S. nor Americans with disabilities would benefit from a quadrennial chastisement by a committee of international disability experts sitting in Geneva.

Instead, the U.S. should continue to lead by the example it has set for protecting the rights of Americans with disabilities through comprehensive legislation and enforcement. 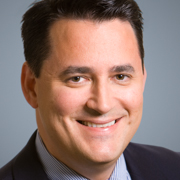