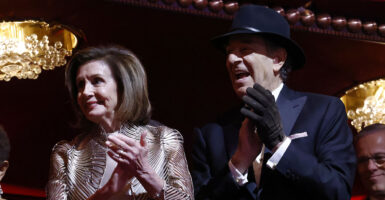 Lawmakers and their spouses would be prohibited from using privileged information to trade stocks under legislation introduced Tuesday by Sen. Josh Hawley, R-Mo.

In a pointed reminder, Hawley calls his bill the Preventing Elected Leaders from Owning Securities and Investments Act—or the PELOSI Act.

“For too long, politicians in Washington have taken advantage of the economic system they write the rules for, turning profits for themselves at the expense of the American people,” Hawley said in a news release. “As members of Congress, both senators and representatives are tasked with providing oversight of the same companies they invest in, yet they continually buy and sell stocks, outperforming the market time and again.”

The bill would require members of Congress to divest any holdings or put them in a blind trust within six months of entering office. It also would require lawmakers to return prohibited stock market profits to taxpayers.

“Members of Congress and their spouses shouldn’t be using their position to get rich on the stock market; today I’m introducing legislation to BAN stock trading & ownership by members of Congress,” Hawley wrote Tuesday on Twitter. “I call it the PELOSI Act.”

Hawley originally introduced the bill in the last Congress under the title of the Banning Insider Trading in Congress Act. It would amend the Ethics in Government Act of 1978, which prohibits insider trading for business leaders and everyday Americans.

“While Wall Street and Big Tech work hand-in-hand with elected officials to enrich each other, hardworking Americans pay the price,” Hawley said. “The solution is clear: We must immediately and permanently ban all members of Congress from trading stocks.”