Florida Gov. Ron DeSantis, a Republican, won reelection by almost 20 points, and all six of the school board candidates he endorsed have prevailed Tuesday. DeSantis had previously endorsed 24 candidates in school board races, all of whom won.

While school board races are historically nonpartisan, parents’ outrage over critical race theory, transgender activism, and COVID-19 lockdowns in schools have galvanized a parental rights movement that Republicans largely support and Democrats largely oppose. The parents rights group Moms for Liberty also endorsed many of the candidates DeSantis backed.

“Governor Ron DeSantis shattered election records and produced a win for the ages,” a DeSantis spokeswoman told The Daily Signal on Wednesday. “He also led a coalition of parents to establish students-first, parents’ rights school board governance across the state. The DeSantis Education Agenda was on the ballot and the voters made their voice clear: we want education, not indoctrination.”

“The results tonight prove that 2022 is the year of the parent,” Moms for Liberty founder Tina Descovich told The Daily Signal. “We are thrilled to have so many new school board members that will finally put students first and respect the fundamental right of parents to direct the upbringing of their children.”

Descovich said Moms for Liberty endorsed 12 candidates in total, two of whom lost.

DeSantis endorsed six school board candidates in the runoff elections Tuesday and all of them won. Moms for Liberty endorsed 12 candidates. Florida Democrats endorsed 20 candidates ahead of the general election, racking up six wins and 10 losses, with two races not fully counted.

DeSantis appears to be the first Florida governor to endorse school board members.

Jacqueline Rosario, who enjoyed endorsements from DeSantis, Moms for Liberty, and the 1776 Project, won her reelection bid in Indian River County. She won with 55.27% of the vote, according to unofficial election results, defeating Cindy Gibbs (44.73%), whom Democratic governor candidate Charlie Crist endorsed.

Cindy Spray, endorsed by DeSantis and Moms for Liberty, won with 53.13%, according to unofficial results in Manatee County, defeating Democrat-endorsed Harold Byrd (46.87%).

Al Hernandez, who enjoyed endorsements from DeSantis and Moms for Liberty, won with 65.1% in Pasco County, according to the Tampa Bay Times. He defeated Democrat-supported James Washington.

Jamie Haynes, endorsed by DeSantis and Moms for Liberty, won with 58.5% of the vote in Volusia County, defeating Democrat-endorsed Albert L. Bouie.

Stephanie Busin, who also enjoyed endorsements from DeSantis and Moms for Liberty, won by a mere 13 votes in Hendry County.

Sam Fisher, whom DeSantis and Moms for Liberty endorsed, also won her race in Lee County, with 51.75% of the vote, according to unofficial results. She defeated Democrat-endorsed Kathy Fanny.

In three other races, candidates endorsed by Moms for Liberty defeated their Democrat-endorsed opponents.

DeSantis signed the Parental Rights in Education law in March, which opponents infamously branded the “Don’t Say Gay” bill. After Disney attacked the law, DeSantis signed a bill revoking Disney World’s special status as an independent special district in what many conservatives saw as a key win against “woke capitalism.” 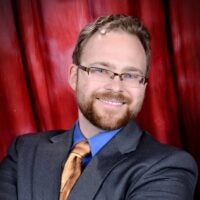