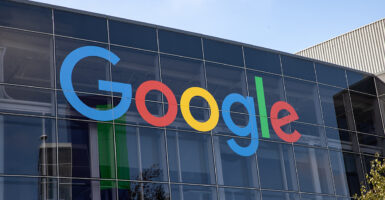 For too long, Big Tech companies have abused the government’s anemic enforcement of antitrust law to kill competition, cozy up to hostile foreign actors, and consolidate power at the expense of the American consumer and citizen. A three-part antitrust bill that heads to Congress for a vote this week can help provide a fix.

The Merger Filing Fee Modernization Act is a necessary first step to enforce the law, contend with our adversaries in the national security arena, and delineate more power to the states. Conservatives should be first in line to support it.

At the head of the package is a move to update the Hart-Scott-Rodino Act’s, or HSR, fee structure. Such a proposal could engender more competition by easing the premerger notification filing fee burden on smaller and medium-size companies.

At the same time, the proposed increase in fees for transactions exceeding $1 billion could provide the necessary resources for conservative presidential administrations—past and future—to litigate against Big Tech and enforce antitrust law more effectively.

Further, a September 2022 Congressional Budget Office assessment notes that these reforms to the HSR fee structure could even reduce the deficit by $1.4 billion over five years.

The second piece of legislation within the package would require companies already providing premerger notifications to the U.S. government to disclose subsidies and other funding from foreign entities. Adding these basic transparency measures to merger notifications can help expose the endemic influence of our foreign adversaries, like the Chinese Communist Party, on these Big Tech companies and other firms.

For too long, Big Tech companies have collaborated with hostile regimes or turned a blind eye to their influence. A proposal like this could help deter similar practices by these and other companies by adding a layer of oversight.

Even if merging firms are ignorant of the national security implications of their business transactions, such a requirement could alert them to the risks involved and possibly forestall instances of intellectual property theft and forced technology transfers common when U.S. tech companies deal with foreign adversaries like China.

Rounding out the Merger Filing Fee Modernization Act package is the State Antitrust Enforcement Venue Act, sponsored by Rep. Ken Buck, R-Colo. This bill addresses a longstanding problem of venue selection for antitrust cases—giving states a fighting chance against Big Tech once they initiate a lawsuit. Currently, when state attorneys general file against these companies, their cases can be consolidated with similar cases and, therefore, complicate the question of where they will be heard.

For example, a U.S. judicial panel in 2021 moved Texas’ antitrust lawsuit against Google from the Eastern District of Texas to the Southern District of New York in part for this reason—and against the arguments of the Texas state attorney general. Such venue uncertainty can result in significant delays and resource expenditure—especially by state governments with much less cash at their disposal.

The flexibility in venues that is proposed by the bill offers a more level playing field for fair legal action against Big Tech companies. Further, the signatures of 52 state and U.S. territory attorneys general in support of the Venue Act renders this policy change a no-brainer for federalism and restoring some agency back to the states, their representatives, and the citizens that elect them.

These three bills combined into the Merger Filing Fee Modernization Act will help enforce antitrust law to revivify competition in the marketplace, provide much-needed transparency into the relationship between corporate entities and our international adversaries, and offer more agency to the states and their elected representatives.

Collectively, this package will help lay the foundation for proper accountability and future legislative efficacy aimed at Big Tech. It is truly the least Congress can do.