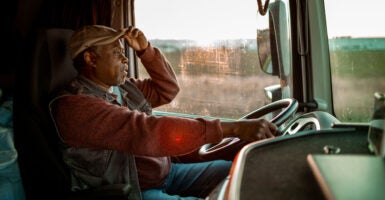 The unemployment rate has edged down to 3.5%, below economists’ predictions of 3.6%. (Photo Illustration: Marko Geber/Getty Images)

The U.S. economy added 528,000 jobs in June, according to Department of Labor data released Friday, more than double economists’ projections of 250,000 new jobs.

The unemployment rate edged down to 3.5%, according to the Labor Department’s report, which was also below economists’ predictions of 3.6%, according to The Wall Street Journal. The economy outperformed last month’s high job growth of 372,000, which had itself outpaced expectations, indicating that the Federal Reserve’s interest rates have not begun to cool off the economy.

Job gains in July were reported across the economy, but were particularly high in the leisure and hospitality, professional and business services, and health care sectors. The labor force participation rate of 62.1% remained below its February 2020 pre-pandemic level of 63.4%.

Over the last four months the average monthly gain was 388,000, according to the report.

The U.S. economy has posted consecutive quarters of negative gross domestic product, which some consider to be, by definition, a recession, according to previous Daily Caller News Foundation reporting.

But the Biden administration and Federal Reserve Chair Jerome Powell have argued that a strong labor market is one reason why the economy is not yet in a recession, since technically the National Bureau of Economic Research—the semi-official arbiter—defines a recession as “a significant decline in economic activity that is spread across the economy and lasts more than a few months” and, among other things, looks at employment statistics to determine if that has happened.

“I do not think the U.S. is currently in a recession. And the reason is there are just too many areas of the economy that are performing too well. And of course, I would point to the labor market, in particular,” Powell said last week after the central bank raised interest rates by 0.75% to a new target range of 2.25% to 2.5%.

There are far more job openings than unemployed workers, according to a recent report from the National Federation of Independent Business, making it a very difficult time for businesses seeking to hire.

“Despite a blockbuster headline number, the labor market data continues to be a mixed bag. The labor force participation rate fell yet again in July, artificially pushing the unemployment number down,” Antoni told the Daily Caller News Foundation.

Antoni also noted a divergence between the household and establishment survey, with the former suggesting just 179,000 jobs added in July.

“The number of jobs added might be closer to 150k, not half a million. The labor market definitely has considerable chinks in its armor and is not nearly as robust as the headlines would have us believe.”

The White House did not immediately respond to the Daily Caller News Foundation’s request for comment.

Max Keating is a reporter for Daily Caller News Foundation.