With Dobbs on Horizon, States Continue to Ramp up Pro-Life Legislation in 2022 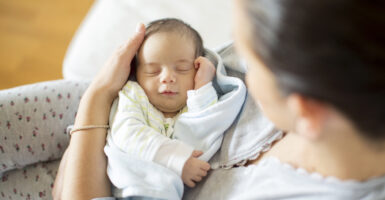 As of April 21, 42 states have introduced a total of 417 pro-life bills in 2022 or the current legislative session. (Photo: Thanasis Zovoilis/Getty Images) 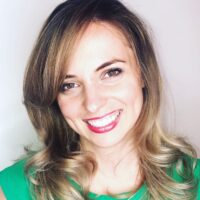 Reports surfaced last week that Justice Samuel Alito’s draft majority opinion that was leaked overturning Roe v. Wade is still the only one circulated inside the Supreme Court, giving great hope to pro-life advocates around the country.

The action by states to advance pro-life legislation only further shows the claim that “Roe is settled law” is nothing but an abortion industry narrative—there is nothing settled when elected officials heeding the call of the American people results in pro-life action on hundreds of pieces of legislation.

Twelve states have enacted 15 pro-life bills in this period. With nearly half of the states still in session, these numbers will surely grow.

The laws enacted so far this year demonstrate a variety of approaches to pro-life legislation. While pro-abortion advocates will continue to assert the false claims that pro-life people only care about babies before they are born, the legislation moving forward proves otherwise with many of the efforts focusing on increasing support for mothers and families not just during pregnancy but well after a child is born.

The expanded resources for mothers through increased funding for pregnancy resource centers include Arkansas’ new law, which will appropriate $1 million to establish new pregnancy center grants for the fiscal year ending in June 30, 2023, and Mississippi’s Pregnancy Resource Act, which authorizes a $3.5 million business tax credit for donations to pregnancy centers.

Many of the bills—often opposed by the abortion industry—seek to ensure that if abortions do occur, the mothers are not subjected to medical neglect and can receive care when the not-infrequent complications occur. It’s the pro-life side that cares about the health and safety of both mothers and children.

Arizona, Florida, and Kentucky implemented a ban on abortions after 15 weeks’ gestation, a point at which science shows that the preborn child can feel pain. Included in Florida’s and Kentucky’s bills that were enacted was a requirement that the abortionist report if an abortion was due to human trafficking or coercion.

In addition to reporting such abortions, two states implemented provisions to protect women who are victims of this abuse. These types of bills may sadly become more necessary as we foresee trafficking and coercion skyrocket in states that will become abortion hubs in a post-Roe era.

Kentucky also took steps to protect minors, requiring parental consent for abortions on girls under 18. West Virginia worked to protect the most vulnerable preborn children, those believed to have a disability, prohibiting abortionists from committing an abortion for eugenic reasons.

Chemical abortions were addressed by Florida, Kentucky, and South Dakota’s laws, which seek to regulate these risky procedures through provisions such as prohibiting dispensation of such an abortion via telemedicine and limiting the procedure to nine weeks post-fertilization. Penalties were also increased for the unlicensed practice of medicine when committing a chemical abortion.

While some laws regulated abortion procedures, others enacted commonsense requirements for facilities that perform abortions, including directing that such facilities be “properly staffed and equipped” and have established arrangements with at least one nearby acute care hospital for emergencies. Abortions are dangerous. For the sake of women’s health and safety, it is critical that women are able to receive immediate care when they face severe and potentially deadly complications from abortions.

To complement these health and safety regulations, Kentucky also enacted legislation requiring the humane disposition of fetal remains from abortion. This action is particularly timely in light of news from last month of the recovery by pro-life advocates of the bodies of 115 aborted babies from a Washington, D.C., abortion facility, five of whom suffered a late-term abortion.

In addition to all of the promising pro-life legislation at the state level, 48 individual cities have also proactively passed ordinances establishing themselves as “sanctuary cities for the unborn.”

Overall, the fact that almost all states have introduced a total of more than 400 bills in 2022 or in the current session, bills containing more than 600 pro-life provisions, emphasizes the values of Americans who demand they be in control of policy through the democratic process instead of being ruled by ideological fiat. The continued demand for life-affirming policy by the people could not louder.

The 63 million voices of innocent preborn babies must no longer be silenced by court precedent with no constitutional basis from 50 years ago.