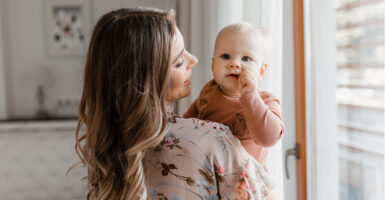 Roe v. Wade could soon be overturned by the Supreme Court. Now, it’s time to ask what we all can do to support women facing unplanned pregnancies. (Photo: Vera Livchak/Getty Images)

In a leaked draft opinion in the case of Dobbs v. Jackson Women’s Health Organization, Justice Samuel Alito wrote, “Roe was egregiously wrong from the start. Its reasoning was exceptionally weak, and the decision has had damaging consequences.”

Alito adds that “far from bringing about a national settlement of the abortion issue, Roe and [Planned Parenthood v.] Casey have enflamed debate and deepened division.”

On today’s edition of the “Problematic Women” podcast, we break down the significance of the Supreme Court’s decision, and why the leaked draft opinion is damaging for the high court. Plus, we explain what happens at the state level if Roe is in fact reversed in the decision expected late next month.