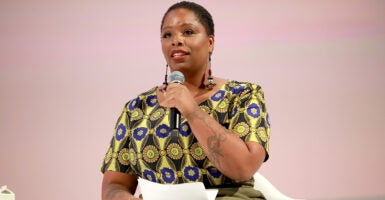 Black Lives Matter paid hundreds of thousands of dollars to the brother of the group’s co-founder and the father of her child, according to the group’s 2020 tax filing.

Patrisse Cullors’ brother is one of BLM’s two highest-paid employees, the group revealed in a new filing.

BLM’s Form 990, which is due today, should reveal how much Paul Cullors received for serving as BLM’s head of security.

BLM also paid $2.1 million to the Bowers Consulting Firm, founded and run by the group’s board secretary, Shalomyah Bowers, according to the filing.

The group collected over $79.6 million in revenue during the tax year covered by the tax filing and reported roughly $37.7 million in expenditures, leaving about $41.9 million in net assets, according to the tax filing. Cullors did not receive any salary or payments, the tax form revealed.

Cullors resigned from the organization in 2021 after the purchase of four homes across the country totaling $3.2 million was reported by the New York Post. Facebook prohibited sharing the New York Post article, telling the Daily Caller News Foundation that sharing the article violated its community standards.

BLM did not respond to a request for comment from the Daily Caller News Foundation.