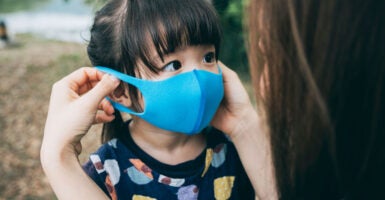 Why are leftists being so creepy lately? Planned Parenthood has an “ice cream truck” in Texas, but instead of frozen treats, it’s distributing condoms. Meanwhile, Florida lawmakers pass a bill prohibiting teachers from planned instruction about gender identity and sexual orientation to kindergartners through third graders … and liberals are mad about it. And over in New York City, even as most of the city is free to go without masks, toddlers are still being forced to wear them.

Plus: We’re joined by Brenda Hafera, assistant director and senior policy analyst for the Simon Center for American Studies at The Heritage Foundation, to discuss how men are falling behind in today’s society. We also crown our “Problematic Woman of the Week.”