3 Ways to Restore US Economy to Pre-Pandemic Highs 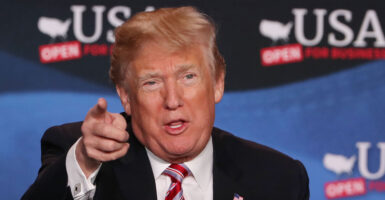 Then-President Donald Trump speaks at an April 16, 2018, roundtable discussion in Hialeah, Florida, about the Republican $1.5 trillion tax-cut package he had signed into law the previous December. One of the best things Congress could do to revive the post-pandemic economy would be to make those tax cuts permanent. (Photo: Joe Raedle/Getty Images) 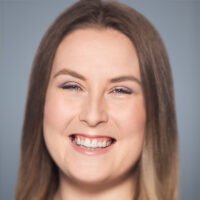 Less than three years ago, Americans were living in one of the best economic times in our nation’s history, certainly the best in the 21st century.

While there are many policy issues that need to be addressed, here are three crucial reforms that can help get the American economy back on track.

1) Make the 2017 tax cuts permanent: The Tax Cuts and Jobs Act has been one of the most successful pieces of legislation in recent years. Despite that, many of its critical provisions are set to expire in 2025 if Congress does not act soon.

For most Americans, the most important aspect of the Tax Cuts and Jobs Act that is set to retire is the individual income-tax cuts. That provision cut taxes for 80% of Americans, saving individuals an estimated $1,400 annually, with lower- and middle-income Americans benefiting the most.

If Congress lets this provision of the act expire, middle-class families are likely to pay over $1,000 more in taxes annually.

2) Eliminate special tariffs: Politicians continually peddle the falsehood that tariffs help working-class Americans, but that couldn’t be further from the truth. Tariffs are an inherently regressive form of tax that places an undue burden on lower- and middle-income families.

Since 2018, Americans have paid more than $280 million in extra taxes to buy washing machines and washing machine parts from abroad. That has directly contributed to the steep rise in prices of laundry equipment, which was up 7.9% year-over-year in January.

Unfortunately, that was not the only sector negatively affected by tariffs. Americans have paid more than $12 billion in tariffs on imports of aluminum and steel since 2018.

Steel and aluminum are crucial inputs for countless manufactured goods, but the automotive industry has been one of the hardest hit. The price of new vehicles rose more than 12% year-over-year in January.

There are several factors that have affected prices in this sector, but these tariffs certainly play a significant role.

In total, U.S. Customs and Border Protection collected well over $90 billion worth of tariffs from Americans in fiscal year 2021, which is more than double the value of tariffs collected in 2018.

The removal of those tariffs would save Americans millions of dollars. In addition, a 2020 Heritage Foundation report found that eliminating tariffs on manufactured goods in general would increase U.S. exports in all sectors, reduce prices paid by consumers, increase U.S. gross domestic product, and create more and better-paying jobs.

3) End the war on conventional fuels: The damaging effects of bad policy might not be more obvious in any other area of the economy than in the energy sector.

Energy prices rose nearly 27% year-over-year in January, based on the Consumer Price Index, with gasoline and natural gas rising 40% and 23.9%, respectively.

Washington’s war on conventional fuels is clearly contributing to the rapid increase in prices of basic sources of energy that Americans use every day to heat their homes and get to work.

Not only has Washington made it harder to transport fuel (for example, by canceling or slow-walking new pipeline construction), but it has also made it more difficult and expensive to produce natural gas, coal, and oil here in the United States, creating an avoidable reliance on foreign imports.

The administration has proposed or issued new regulations burdening nearly every aspect of conventional energy markets, from financing to consumer use.

Other holdover policies—some decades or even a century old—are increasing costs and inefficiency in energy markets. For example, unnecessary regulations and mandates have increased the costs of gasoline and have put economic pressure on refineries, some of which have had to close or downsize.

If the current administration and Congress truly want to help to lower the cost of energy in America, they must end their regulatory war on conventional energy and eliminate regulatory barriers to supply.

Leaders in Washington should focus on unleashing the power of America’s greatest economic advantage, the free market.

That means eliminating and lowering regulatory barriers, cutting taxes, and reining in government overreach in the economy. Implementing those pro-growth policies will help Americans get back to the level of prosperity they enjoyed before the pandemic.