How Tariffs and Regressive Trade Policies Hurt the Poor 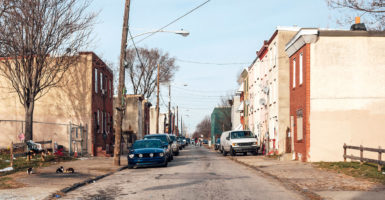 With round 5 of NAFTA negotiations behind us, Americans can begin to look forward to round 6 in Montreal in the second half of January.

While all Americans stand to benefit from free trade, we must not lose sight of who has the most to lose.

Tariffs are just taxes on Americans by another name. However, some Americans shoulder a larger burden under protectionism than others.

Unlike our progressive income tax, taxes on imports (tariffs) are regressive and take a bigger percentage of income from poor families. Lower-income individuals and families thus may bear a significant burden from tariffs, while those of more comfortable means are not as affected.

In fact, cutting tariffs could be the biggest tax cut low-income families will ever see.

It is conservatively estimated that the poorest one-fifth of American households pay roughly $95 a year in tariff taxes. Richer households pay more in absolute terms (about $500 each for the richest 10 percent), but much less as a percentage of income.

This is largely because tariffs raise the price of food and clothing, which make up a larger share of a low-income household’s budget. In 2016, Americans paid a 20 percent tariff on a variety of dairy products, up to a 34 percent tariff on canned tuna, and a massive 131.8 percent tariff on specific peanut products.

Every extra dollar spent on tariffs is a dollar that cannot be spent on other goods and services. These price hikes on daily necessities make it harder for struggling families to put food on the table and clothes on their children’s backs.

While raising tariffs hurts lower-income Americans, decreasing them can provide a breath of economic fresh air. If America were to eliminate all tariffs today, lower-income families could expect to retain more of their incomes than the 2001 and 2003 tax cuts allowed them to keep.

The future of American prosperity is intertwined with the freedom to trade. The U.S. can embrace free trade, or we can run from it. If we run, the poorest Americans will be hurt the most.

That is something to think about when the next chapter of NAFTA negotiations—round 6—begins next month.