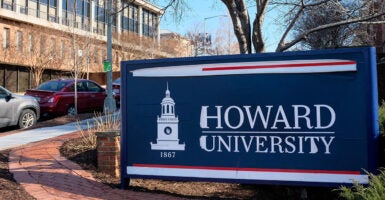 Despite the FBI’s usual success at solving bomb threats involving schools, it has surprisingly come up empty-handed with the recent wave of threats at 17 historically black colleges. Pictured: Howard University in Washington, D.C., where authorities are investigating bomb threats made against the school. (Photo: Mandel Ngan, AFP/Getty Images) 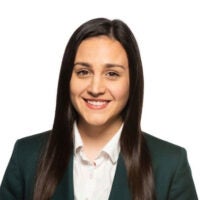 On Jan. 5, at least eight historically black colleges and universities received bomb threats, causing the campuses to issue lockdowns and cancel classes. HBCUs have continued to receive bomb threats over the past month, especially as Black History Month kicks off, actively disrupting the learning environments at these educational institutions.

However, the FBI and police departments across the country have seemingly not been able to trace any of the threats and claim to have no findings. It is unconvincing that the FBI has come up virtually empty-handed at so many campuses when it is rarely unsuccessful in cases involving threats at schools.

According to Fox News, more than a dozen additional bomb threats were reported on Jan. 31 and Feb. 1, just as Black History Month began. The multiple lockdowns have been extremely disruptive to the students and faculty, not to mention terrifying for those on campus to live through repeatedly.

To date, the FBI and the federal Bureau of Alcohol, Tobacco, Firearms, and Explosives have been investigating bomb threats made against 17 different HBCUs, and the FBI’s Joint Terrorism Task Forces are considering the threats to be hate crimes.

One common characteristic of all the incidents was that the persons making the threats did not specify a location for the detonation of explosives. Furthermore, none of the investigations identified an explosive device or explosive materials at any of the campuses.

Over the course of their investigations, law enforcement agencies have concluded that the likely perpetrators of the bomb threats are “tech-savvy juveniles” making threats via phone calls. In the threat made at Bethune-Cookman University in Georgia, police stated the caller mentioned “seven bombs hidden in duffel bags and backpacks around the school’s perimeter” and that a gunman would open fire on the same day.

The fact that these threats are occurring exclusively at historically black colleges and universities lead many to believe that the threats are motivated by bias and are done to induce fear. Considering the increasing frequency of the bomb threats—this is the third round within a month—law enforcement is partnering with the federal Department of Education to offer advanced training for campus security agents and draft updated emergency plans for crisis management.

It is crucial to note, however, that neither the FBI nor the ATF can trace any of the over 20 bomb threat phone calls to any individual or group, nor has any investigator found bomb-making materials or evidence of individuals organizing crime.

White House press secretary Jen Psaki issued a statement on Feb. 7 stating that the White House is coordinating with interagency partners to launch a nationwide investigation into the incidents.

The Department of Homeland Security also “warned of a heightened threat of domestic and foreign terrorism in the United States” since some of these schools have been undergoing multiple rounds of bomb threats over the course of the month.

It is curious that administration officials are not aggressively pushing the FBI to get to the bottom of these cases and provide the public with real answers.

Due to frequent school violence hoaxes occurring on high school and college campuses across the nation, law enforcement must also investigate whether these threats to HBCUs are hoaxes as well.

School violence threats can include anything from active shooter and bomb threats to vandalism and property destruction. Recent high school hoaxes include Groton, New York, Feb. 7; Norwalk, Connecticut, Dec. 1, 2021; and Woodburn, Oregon, Dec. 18. Why in these other instances of threats can law enforcement confirm that they are hoaxes, but not in the case of the HBCUs?

In December 2021, a school violence internet hoax spread virally through video social networking site TikTok. Posts warned viewers that violent behavior, such as the “slap a teacher” challenge and acts of vandalism, would take place in schools across Massachusetts and other New England states on Dec. 17. The threats even caused some schools to cancel classes. Police departments confirmed that these threats were also hoaxes.

These continued bomb threats at HBCUs are extremely disruptive and disturbing for the students on campuses across the country. As recently as Feb. 14, Howard University in Washington, D.C., issued a shelter-in-place order as it was targeted for the fourth time in the last two months. So far, no explosive materials or suspects have been identified.

It is unconvincing that the FBI has not found any evidence nor has been able to trace any of the threats on these 17 different HBCU campuses. What the public needs to ask is, why has the FBI supposedly not found any evidence in these incidents? It is the job of the FBI to gather intel and find out why threats like this occur. In fact, it is usually very good at it. That leaves the question of why is the FBI seemingly failing now?