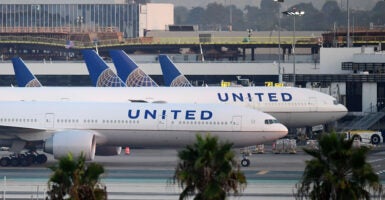 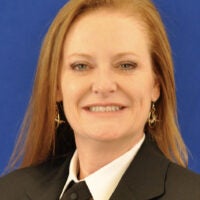 Captain Sherry Walker is a pilot of 24 years and is the co-founder of Airline Employees 4 Health Freedom.

For many Americans who, like myself, have decided not to take the COVID-19 vaccine for religious or medical reasons, staying true to our decision can mean being singled out and rejected by family, friends, and even employers.

For me, it meant being placed on indefinite, unpaid leave from my job as a pilot for United Airlines, without any benefits—including medical coverage, and no emergency ability to access my retirement savings.

A pilot since 18, I spent the last 30 years flying commercially. The last 24 years were spent with Continental, then United through a 2012 merger. I’ve given a decade of service to United. I became a pilot because transportation is in my blood: My father, brother, and grandfather are all truck drivers and heavy equipment operators. My father taught me there is nothing a lady cannot do, so I decided to carry on the transportation tradition by becoming a pilot.

Because of my Christian faith, I chose not to take the vaccine. I refuse to be complicit in the use of fetal tissue, which was used in the research and development for both the Pfizer and Moderna vaccines, and in the deployment of the Johnson & Johnson vaccine. However, I adamantly defend the right for each to choose what is best for their health and faith.

My husband, also a captain, shares my faith and my misery on indefinite, unpaid leave. We have learned that no matter what happens, faith and family come first. Together, with 2,000 of our co-workers, we refuse to be harassed, coerced, and retaliated against in the workplace.

I am also fighting not just for myself, but for my 16-year-old son. I worry that someday, a decade from now, he will face a similar situation where his boss tries to force some sort of medical condition for employment. What do you say to a son or daughter when they ask, “Mom, you had a chance to stop this back in 2021. Why didn’t you?”

Our Founding Fathers broke away from England for liberty. They knew that our rights stem from God, not man, and surely not a king. I’m fighting to ensure that remains true for my son, my co-workers, and all Americans.

However, there is a path forward. In Sambrano v. United Airlines, the 5th U.S. Circuit Court of Appeals will decide whether United Airlines can effectively terminate employees with deeply held religious and medical concerns regarding the airline’s vaccination mandate.

This will set an important precedent for many other people who, like me, may be forced to choose between following an employer’s vaccination policy or providing for their families—in essence, a jab or a job.

United CEO Scott Kirby announced his COVID-19 vaccine mandate in August as part of the airline’s effort to promote itself as the safest airline operating during the pandemic. But in his zeal for a competitive advantage, Kirby denied reasonable accommodations to those with faith-based concerns afforded under Title VII of the Civil Rights Act, along with those with legitimate medical concerns.

Ultimately, Kirby put hundreds of pilots and flight attendants on unpaid, indefinite leave. Even non-customer-facing employees suffer draconian, retaliatory policies, such as being forced to wear N95 masks as a scarlet letter to identify their vaccination status.

This is truly a crisis of conscience that no one should ever face. Simply put, such a crisis describes the devastating and incapacitating worry a person feels when confronted with a choice that could lead them to do something that violates their moral convictions. Once a person does so, the effects are irreversible.

Nonetheless, Kirby callously dismissed his employees of faith and those with legitimate medical conditions, warning in a company town hall meeting, “There will be very few people who get through the medical and religious exemptions.” He threateningly added that any pilot who “all of the sudden [decided that they are] really religious … you’re putting your job on the line. You’d better be very careful about that.”

Kirby’s mandate was likely never about safety. In fact, United quietly rescinded many of its COVID-19 mitigation procedures that resulted in cost savings, including discontinuing electrostatic spraying between flights and providing aircraft filtered air while parked at the gates. Passengers are not required to be vaccinated, nor are pilots from other airlines who ride in the cockpit jump seat.

United is the lone carrier imposing unreasonable vaccine mandates without accommodations. For example, Delta Air Lines instituted testing, while American Airlines and Southwest Airlines affirmed that they will not terminate any employee seeking an accommodation. Meanwhile, Kirby spurned the United litigants’ offer of regular testing at their personal expense.

Flight cancellations and delays caused by staff shortages plague the friendly skies, yet most cancellations could have been avoided if grounded pilots and crew had been allowed to work.

United further contradicted its safety claims by rescinding its pilot contact-tracing policy. Even if exposed to family members and friends who test positive for COVID-19, an employee may go to work so long as they do not outwardly display symptoms. Testing is not required.

Additionally, United implemented the newly shortened Centers for Disease Control and Prevention quarantine policy even though it does not and cannot qualify. The policy states that unboosted, exposed individuals must wear “well-fitting masks at all times.” United does not have a booster mandate, and the CDC’s recommendations contradict the Federal Aviation Administration’s cockpit mask-use rule. Without a mandatory testing program, United is hardly putting safety first.

As Kirby’s marketing plan disguised as a safety campaign crumbles, the faithful and those trying to preserve their medical autonomy look to the courts to protect them from a crisis of conscience.

Perhaps Kirby should heed the words of Justice Neil Gorsuch, who recently observed that society’s interest in slowing the spread of COVID-19 cannot qualify as compelling forever, and that “human nature and history teach … that civil liberties face grave risks when governments proclaim indefinite states of emergency.”

The 5th Circuit in BST Holdings v. Department of Labor, Occupational Safety and Health Administration  agreed, concluding that the Occupational Safety and Health Administration mandate forces workers to choose between their jobs and their jabs. The judges warned that losing constitutional freedoms “for even minimal periods of time … unquestionably constitutes irreparable injury.”

As the United employees’ case sets new religious liberty precedent, it is time for that airline to stop suppressing religious freedoms while needlessly inconveniencing American passengers.

This piece was updated to correct the date of the Continental and United merger.