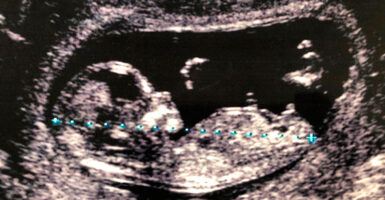 A fetal ultrasound shows the extent of the development of a 4-month-old preborn baby. (Photo: BSIP/Education Images/Universal Images Group/Getty Images) 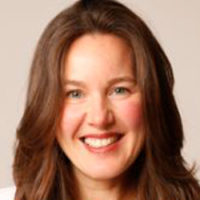 Advocates for life were surprised to see The New York Times give substantial attention earlier this month to a serious issue that the abortion industry would rather ignore: Noninvasive prenatal screenings that look for signs of genetic disorders are often wrong.

The New York Times’ analysis reported that positive results on prenatal genetic screenings can be wrong up to 85% of the time, and yet hundreds of thousands of those tests are performed annually.

That isn’t a trivial matter. Mothers presented with the far too common false positive DNA results face emotional trauma and agonizing decisions.  As reported by the Times, some mothers receive a false positive, have an abortion, and then learn too late that their babies carried no risk of disease at all.

Yet this isn’t a new issue. And sadly, it’s one that has been allowed to flourish, thanks to the lobbying efforts of Planned Parenthood.

While The New York Times focused on tests for very rare disorders, such as DiGeorge and Angelman syndromes, it mischaracterized or misunderstood the unacceptably high rate of false positives in common screenings for Down syndrome.

According to the newspaper’s analysis, prenatal screenings for Down syndrome “worked very well.”

That’s mostly true for women at high risk, such as pregnant mothers aged 35 years or older. However, the Down syndrome false positive rate for mothers at low risk is worthy of another New York Times headline.

Dr. Diana Bianchi, the National Institutes of Health researcher quoted by the newspaper, published a peer-reviewed study in the New England Journal of Medicine in 2014, finding that for every 10 low-risk pregnant women screened for Down syndrome, at least five will be false positives with no risk of disease.

The numbers are even worse in low-risk women screened for Trisomy 18, which causes severe developmental delays due to an extra copy of chromosome 18: Six out of 10 women will receive false positives.

For example, the marketing website for the Panorama noninvasive prenatal test displays the dismal positive predictor value for Prader-Willi disorder, a genetic condition caused by missing a piece of chromosome 15 (5%, in line with New York Times reporting), but offers a deceptively high positive predictor value for Down syndrome that suspiciously does not highlight the results among low-risk mothers.

The health care industry knows that false positives are a problem, which is why it underscores the importance of follow-up testing via invasive methods, such as amniocentesis or chorionic villus sampling (in which a sample of amniotic fluid or placenta is removed for DNA testing).

Those next steps can provide more accurate results before any irrevocable decisions are made, but do carry their own risk of miscarriage, compounding the emotional trauma and agony.

However, many mothers choose not to proceed with confirmatory testing and make their decision based solely on the often inaccurate genetic screenings. Nearly 70% of U.S. babies who test “positive” for Down syndrome in prenatal screenings are aborted.

The high false positive rate of prenatal genetic screening has profound implications for public health and clinical decision-making. Not only is this a life-or-death scenario for an unborn child based on the mother’s decision to continue the pregnancy or abort, but it also has larger implications for the population, diversity, and values of our society.

In October, as I was testifying before the Wisconsin Assembly’s Committee of Health regarding legislation to prohibit abortion based on prenatal screenings, a spokesman for Democratic state Sen. Chris Larson tweeted, “Never thought I’d see a doctor testify in an Assembly hearing that we should limit abortion because too few kids were being born with Down syndrome these days, but here we are.”

Shocking? Yes. But also in line with comments by Planned Parenthood founder Margaret Sanger, who advocated for elimination of “defective stocks, those human weeds which threaten the blooming of the finest flowers of American civilization.” Of course, Sanger’s view of “defective stocks” was based not just on genetics, but also race and national origin.

Planned Parenthood opposed the Wisconsin anti-discrimination legislation, as well as a similar bill in North Carolina. Both bills were approved by the state legislatures, but later vetoed by each state’s Democratic governor.

Currently, more than a dozen states prohibit discrimination by abortion. Arizona, Missouri, North Dakota, Mississippi, and Tennessee prohibit abortion on the basis of a Down syndrome diagnosis. Arizona, Missouri, Mississippi, and Tennessee also prohibit abortion based on the race of the unborn child. Several states, including Kansas, Oklahoma, and Pennsylvania, have laws to prohibit sex-selection abortions.

“Human weeds?” “Defective?” “Beautiful?” “Made in the image of God?” The New York Times report provides all of us an opportunity to examine our true attitudes toward fellow human beings who might look different, talk different, or feature different abilities.

Are we to be a country that truly values diversity, or one that joins history’s rogue regimes in considering those who are different to also be disposable?