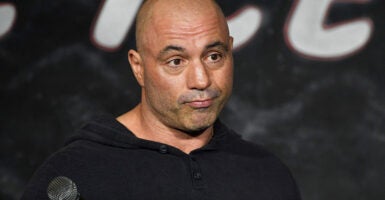 Below is an unedited transcript of an interview last week by podcaster Joe Rogan with Dr. Robert Malone.

Malone is a world-renowned molecular biologist who, in 1987 as a graduate student at the Salk Institute, mixed strands of RNA with droplets of fat and found that the substance induced human cells to begin producing proteins.

Malone wrote at the time that it might be possible to “treat RNA as a drug.”

Malone’s pioneering work and that of other scientists ultimately led to the development of mRNA vaccines used against COVID-19.

Malone has raised concerns about possible adverse events associated with these vaccines. He has been critical of the Food and Drug Administration, the Centers for Disease Control and Prevention, and the pharmaceutical industry, claiming that they are not honestly communicating these risks to the public.

He also has faulted his fellow scientists, the news media, and others who, he believes, have marginalized scientists who have raised these concerns. He argues that social media platforms have suppressed his views in part because the same large investment funds that own their stock also have substantial financial stakes in media conglomerates and pharmaceutical companies.

Twitter deplatformed Malone just before he recorded this podcast. YouTube removed the podcast shortly after it was posted. LinkedIn also appears to have removed him from its platform.

The Heritage Foundation is posting this unedited transcript not to endorse Malone’s views per se, but because we believe that sound public policy requires robust debate.