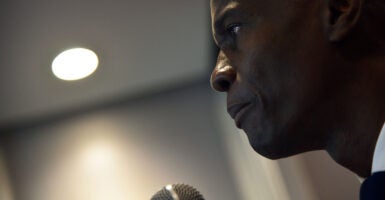 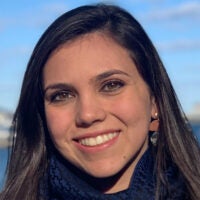 The assassination last month of Haitian President Jovenel Moise has made already difficult daily life for Haitians even harder.

In the absence of a new (and unlikely) intervention by the Western powers, more violence is likely on the way that will further weaken what little rule of law remains in the Caribbean island country.

>>> Editor’s note: CNN and other outlets reported Aug. 17 that a tropical storm system was dumping heavy rain on Haiti in the wake of a 7.2-magnitude earthquake Aug. 14 that killed at least 1,419 there little over a week after publication of this commentary.

Weak and ineffective rule of law institutions are a significant factor in Haiti’s long history of extremely low scores in The Heritage Foundation’s annual Index of Economic Freedom.

According to The Wall Street Journal, Moise, assassinated July 7, “had been linked to the rise of criminal gangs in Haiti that are used to repress dissent and gain territorial control.”

Although Moise denied any involvement, three Haitian government officials (including one particularly close to him) were sanctioned last year by the U.S. Treasury Department for their reputed leading roles in a November 2018 gang-related massacre of 71 innocent people in Port-au-Prince’s La Saline slum.

The victims included women and children. The gangsters burned down 400 homes in the neighborhood and dragged the bodies of their victims into the street where, according to Treasury, they “were burned, dismembered, and fed to animals” in a public display meant to instill terror.

Violent anti-government protests have been ongoing since U.N. peacekeepers departed in 2017, sparked by the stagnant economy (aggravated by the coronavirus pandemic) and Moise’s alleged involvement in the embezzlement of up to $2 billion from Venezuela’s now-defunct PetroCaribe program during the administration of his predecessor, former President Michel Martelly.

At that time, Moise was a private businessman working in northern Haiti. He owned a number of businesses, including a large and profitable plantation growing and exporting organic bananas. The New York Times reported that he also was suspected of using his companies to siphon off PetroCaribe funds to pay for his presidential campaign and for self-enrichment.

In 2015-2016, just before the U.N. mission departed and reasonably fair elections were still theoretically possible, Moise was elected as the candidate of the Martelly-linked PHTK party to succeed him as president.

As Edwidge Danticat reported in The New Yorker, Moise received only 600,000 votes to govern a country of 11 million. Danticat also reported that the rapid success of Moise’s businesses was due in part to shadowy investors, including then-President Martelly, who allegedly funneled additional millions of embezzled PetroCaribe funds to Moise.

Throughout his presidency, Moise was dogged by allegations of PetroCaribe corruption. Although he claimed to want constitutional and other reforms, lacking a popular mandate, he ruled by decree after blocking legislative elections in 2019 and fortified his power with the help of brutal gangs.

Now that he is gone, Haiti is again verging on becoming a failed state—at the mercy of vicious gangs warring for turf and power.

The interim government of Prime Minister Ariel Henry would need substantial help from the U.S., France, and other countries to pull off promised September elections.

The Wall Street Journal reported that one of the most powerful gangs, the G9 alliance, headed by former police officer Jimmy “Barbecue” Cherizier, was one of the three sanctioned by the U.S. Treasury for the La Saline massacre.

According to Anthony Faiola of The Washington Post, the country’s 100 or more gangs killed 150 people in June alone, hundreds are kidnapped for ransom, and thousands have been left homeless and displaced.

Given the relatively scant attention to the crisis in Haiti by the Biden administration and the unlikelihood of another U.S. military intervention, ordinary Haitians living in the Western Hemisphere’s poorest country have few short-term options.