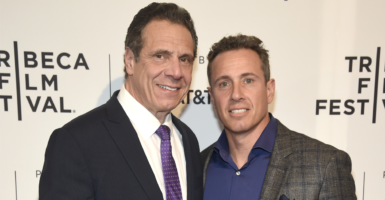 Some thoughts on the media after New York Attorney General Letitia James filed a report that found New York Gov. Andrew Cuomo sexually harassed multiple women and even retaliated against one for going public.

No. 1: Isn’t it fascinating how a probe like this can just vanish for months at a time? At the end of June, Rich Noyes of the Media Research Center noted that after 82 minutes of Cuomo scandal coverage in March, there was nothing in April, May, or June. They still touted him on COVID-19 policy and skipped the scandal.

“But he’s just a governor,” some might argue. OK, but this is a governor that the national media treated like a “shadow president” and national hero in the battle against COVID-19 in 2020. The cable networks ran many of his press conferences live and unedited.

With the Trump scandals, the networks seemed like a perpetual motion machine, constantly kicking up new dirt. Did any of them let the Robert Mueller probe into Russian interference just vanish for months at a time? But this probe just dropped off the edge of a media cliff.

No. 2: This underlines again why many Americans don’t trust the news media. CNN not only hired a Cuomo; it promoted him to prime time based on the Democrat glamour of his family. The shameless Cuomo brothers comedy routines during 2020 exposed CNN’s complete contempt for professional tenets of conflicts of interest.

No. 3: Then The Washington Post reported that Chris Cuomo was attending the governor’s staff meetings and offering his brother advice to stay “defiant” in the wake of all these sexual harassment accusers. Obviously, the “Chris Cuomo Playbook” is in effect, as the governor denied touching anybody inappropriately, as many Americans with a political memory hear an echo of, “I did not have sexual relations with that woman, Miss Lewinsky.” How does that make female employees of CNN feel?

How did CNN handle that mess? On May 23, “Reliable Sources” host Brian Stelter suggested maybe Chris could take a break over the conflicts. Stelter vaguely noted Cuomo advised his brother “about how to handle the sexual harassment scandal that has engulfed the governor’s office,” but he never specified the Post reported that Chris “encouraged his brother to take a defiant position.”

No. 4: What if Andrew Cuomo was forced to resign? President Joe Biden and House Speaker Nancy Pelosi both called for him to resign after the new report. Then again, many Democrats called on Virginia Gov. Ralph Northam to resign. He refused, and now he’s appearing in campaign ads on TV.

Let’s remember that Eliot Spitzer, the last Democratic governor of New York who resigned in disgrace in a sex-worker scandal, went on to get a nighttime talk show on CNN in 2010 with columnist Kathleen Parker. Maybe the Q-Tip Twins can host together on “Cuomo(s) Prime Time.”