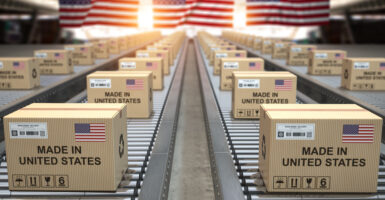 Most American manufacturing firms have virtually no incentive to remain in the United States due to rising operating costs, and President Joe Biden's proposed increase in the corporate income tax won't help. (Photo: Bet_Noire/iStock/Getty Images Plus) 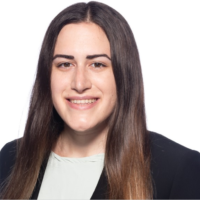 President Joe Biden proposes to subsidize with federal tax dollars the manufacturing industry under his American Jobs Plan to “maintain our competitive edge.”

The proposal would cost American taxpayers about $300 billion and would specifically aid small and minority-owned businesses, tribal communities, and rural areas.

The manufacturing industry in the United States has declined for the past 40 years and currently stands as one of the most rapidly declining industries in terms of wage and salary employment.

A report from the Bureau of Labor Statistics suggests that Americans lost 2 million manufacturing jobs between 1980 and 2000, and an additional 5.5 million jobs between 2000 and 2017.

Biden’s plan to inject billions of dollars into that industry would not give the United States a “competitive edge,” but instead would waste taxpayer dollars unnecessarily.

A component of Biden’s manufacturing plan is to “make it in all of America,” which allocates $20 billion to regional innovation hubs to support infrastructure and enhance productivity across the United States. The expansion of manufacturing under this plan would be economically inefficient, and do little to actually raise worker productivity.

For instance, most American firms have virtually no incentive to remain in the United States due to rising operating costs.

Biden’s proposed corporate income tax hike from 21% to 28% would put American firms at a disadvantage and create a poor business climate.

Government-imposed barriers, such as higher corporate taxes, ultimately make it more expensive to operate a business in the United States. That also includes higher labor costs and subsequently higher prices for the consumer as firms will need to pass along increased labor and production costs to stay afloat.

If Biden really wants to help the manufacturing industry, he would reduce taxes and create a friendly and open business environment that benefits firms, workers, and consumers alike.

Regardless of the amount of manufacturing subsidies provided by the federal government, higher corporate taxes would further discourage firms from operating in the United States.

In addition, China and Mexico have significantly lower operating costs compared with the United States. In fact, Chinese labor is reportedly one-sixth the price of American labor. The choice seems quite simple from the firm’s perspective: Limit domestic manufacturing and operate where it’s most efficient.

Technological growth and the style of work has been constantly changing since industrial times. Many economists point to automation and technology as key factors that have led to increased manufacturing output and enhanced labor productivity. That rise in productivity will naturally lead to a growth in real wages.

Those technological advancements have allowed firms to produce greater output with fewer workers. That’s evident through the decline in manufacturing employment, but increase in the real value added.

Through technology, specialization, and advanced forms of production, the United States can continue to shift manufacturing away from low-skilled employment.

Subsidizing the manufacturing industry counteracts the progress American firms and workers have already made by frivolously spending taxpayer dollars on that declining sector of the economy.

Biden’s plan does not serve Americans’ best interests and is simply the wrong approach to move America forward.