Made in America: What Does it Even Mean? 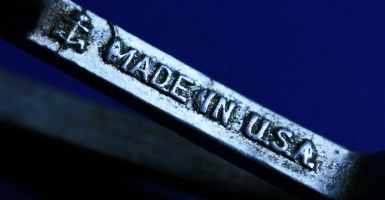 For many Americans, buying American-made products is a priority. But in today’s global economy, it’s increasingly harder to define what “made in America” even means.

In the words of Mike de Vere, president of the Harris Poll, “What many consumers don’t know is that companies very traditionally seen as American, from GE to John Deere to Levi Strauss, outsource varying portions of their operations overseas, so it takes a lot of attention and research to determine if you’re buying American and what that specifically means to you.”

The automobile industry provides a good example of this. Many cars that are generally thought of as foreign actually are mostly made in the United States. Cars.com, the second-largest online car sales site, recently released its 2014 American Made Index, which ranks the “top [10] American-made cars.”

The index compares the percentage of domestic parts used to build the vehicle as well as the location of assembly.

The “American Made Index” rates the Ford-150 at the top of its list, followed by the Toyota Camry and the Honda Odyssey. Of the 10 cars ranked in 2014, seven are either Toyotas or Hondas. Both companies have assembly plants located in places such as Texas, Kentucky and Indiana and, according to cars.com, consist of more than 75 percent domestic parts.

As the line between foreign and domestic products continues to blur, the important thing to remember is that, regardless of the brand, Americans benefit most when we have the freedom to buy the highest-quality products at the lowest price.

Charlotte Howson is a member of the Young Leaders Program at The Heritage Foundation.