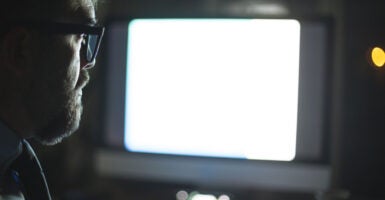 Maria Lencki is a graduate of Franciscan University of Steubenville and a Heritage Foundation Academy Program Fellow.

There are still millions of pornographic videos on the internet and they have gotten increasingly violent and demeaning toward women—making it nearly impossible for a consumer to determine if what they are watching is consensual or brutal torture.

In 73% of the scenes, men were being aggressive toward women and women, for the most part, were perceived as liking the abuse. Every minute and a half, an act of physical or verbal aggression was found—and this was 13 years ago.

If you are struggling with pornography, get the help you need to combat it and don’t look back. Embrace a culture of love instead of a culture of use. Educate others you know who believe pornography is OK, and explain to them that pornography fuels human trafficking and hurts women.

Know that no matter what you have done, you can always turn your life around and educate others about the dangers of pornography.

Though this is a dark situation, all darkness will be brought to light and made new. There is always hope as long as we are alive.