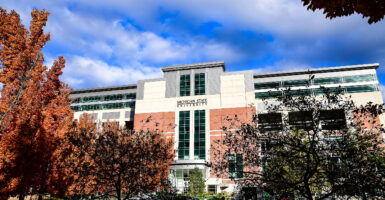 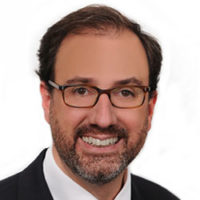 The United States has been the most philanthropic country in the world (per capita) over the past 10 years. In 2019, individual Americans gave an estimated $310 billion to charity, with the country’s foundations donating an additional $76 billion and its corporations contributing more than $21 billion.

Donors pledge everything from cash to stock portfolios to valuable collections of art and books in the hope of advancing knowledge and academic achievement for generations to come.

Regrettably, although alma maters might appreciate such kind and often substantial donations, their administrators sometimes have a funny way of showing it.

Indeed, unless alumni donors (and their lawyers) are closely reading the fine print of their contracts, they might be surprised to learn that their well-meaning investments in tomorrow aren’t earning great returns today.

Even worse, some have learned—after pursuing their own investigations—that their donations are being spent in ways they never authorized or intended.

The endowment policies and gift-management data of several of the nation’s largest public universities in the Midwest, for example, reveal some disturbing facts, figures, and trends.

For starters, average investment returns on endowments at some large state universities have been relatively anemic, compared with the historic returns recently available on even a conservative index-tracking fund.

The University of Minnesota was among the highest earners recently with just a 6.7% return on its endowment. Four state schools—Ohio State, Penn State, Indiana University, and the University of Illinois—have “underwater” endowment funds with current fair-market values millions of dollars less than the values of their original gifts.

Ohio State, for instance, already had 26% of its funds underwater by $51.2 million before the pandemic hit and while the markets were booming.

Rates of return on endowment investments are important because endowments are typically designed so that schools spend the interest or appreciation, rather than the principal, to fund the endowed programs, scholarships, buildings, and activities.

Policies vary, but generally, schools siphon between 4% and 5% from their endowment pools each year, so low rates of investment return risk depleting the fund and sending it “underwater” fairly quickly.

Michigan State and the University of Minnesota allow administrative fees up to 1% of their endowment funds’ market value. The University of Illinois spends almost 1.5% of its fund’s six-year moving-average value, plus expenses incurred by its investment office.

West Virginia University charges a 1.35% management fee on its endowed funds. The University of Michigan even “reserves the right to apply a percentage of certain gift funds toward the general costs of operating the institution.” Ohio State’s 1% management fee draws on endowment principal, spending tens of millions of dollars per year on salaries for fundraising employees, donor parties, and other “university development expenses.”

Many fee-authorization clauses remain vague or tucked inside school bylaws, trotted out only if curious donors wonder why their generous donations are being used to throw parties instead of paying for what the contributors endowed.

The Moritz family learned, for example, that Michael Moritz’s $30.3 million naming-rights-included gift to Ohio State’s law school in 2001 has been subject to “development fees” that have depleted millions of dollars from his legacy.

Mr. Moritz intended his gift to endow four law faculty chairs and 30 student scholarships. The school has funded the faculty chairs, but routinely sponsors only 12 to 16 student scholarships per year of the 30 he specified. The Moritz estate has challenged the school’s endowment management in court, arguing that the fund has been poorly invested and that Moritz sought to support needy law students, never intending to pay for fundraising junkets and administrative salaries.

Ohio State points to its bylaws, as well as obscure authorizing policies that were not outlined in the Moritz gift agreement.

Whatever the school’s fine print may say, the donor’s intent has been all but ignored in this particular case and, presumably, many others like it.

This trampling of donor intent doesn’t just hurt the benefactor, but also the more than a dozen needy Ohio State law students who have been effectively denied the full-ride scholarship that Mr. Moritz intended for them to receive, and instead must accept crushing student-loan debt.

Unfortunately, too many colleges and universities have created environments in which hidden management fees, poor rates of return, and a callous disregard for donor intent are common and have eroded the trust and philanthropic goodwill of some of America’s most generous patrons.

Alumni who are considering large gifts to their beloved alma maters probably should think twice, read the fine print, and then hire a lawyer before making that gift to ensure that their money is actually put to use for its desired purposes, and not instead used for questionable junkets and parties.

Better yet, universities including Ohio State should do the right thing, honor donor intent, and in the case of Moritz, fund the scholarships as he clearly intended.