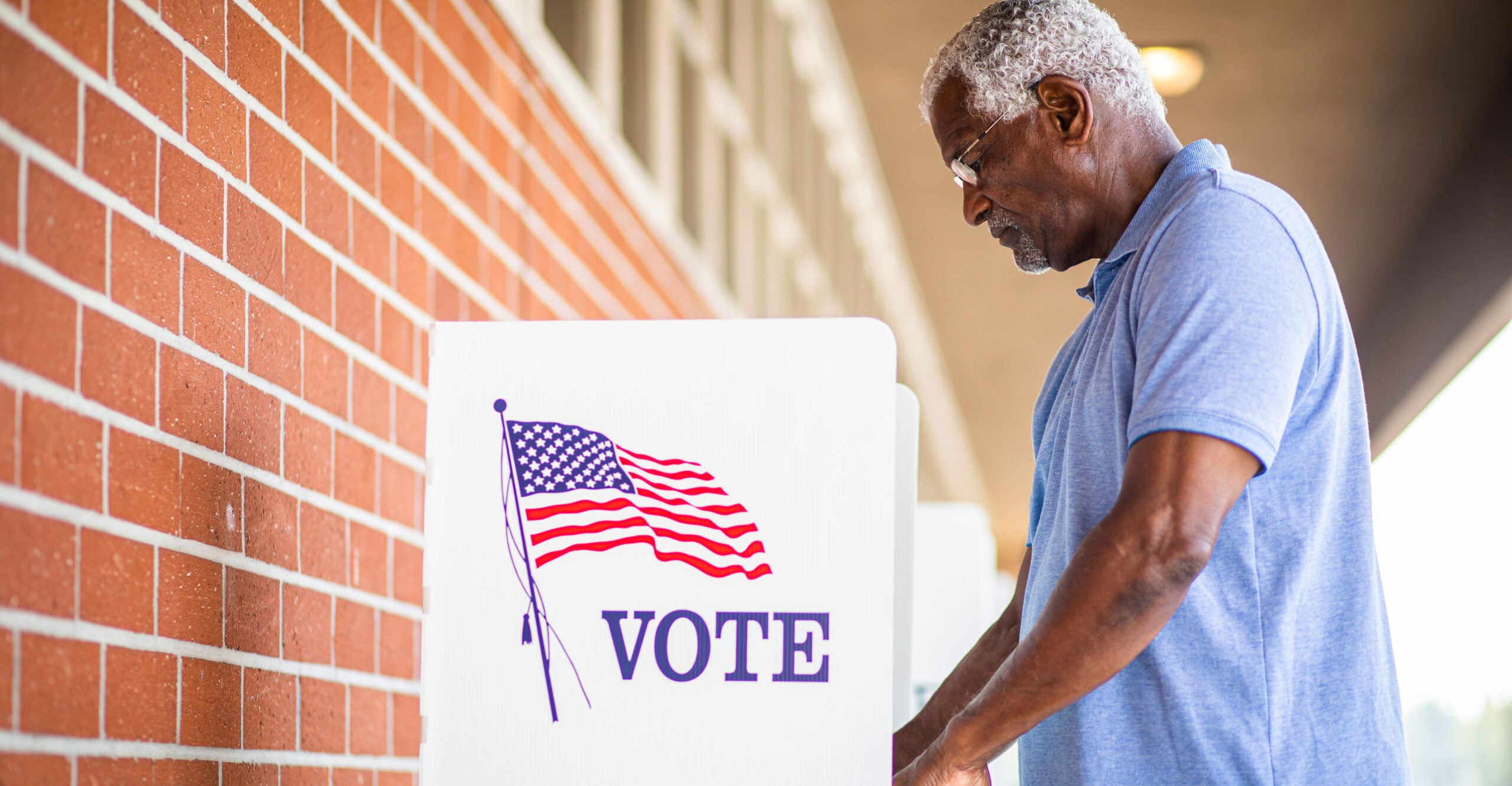 A senior citizen casts a ballot at his polling place. Seniors can avoid being the victims of "vote harvesting” fraud by casting their ballot in person or by relying on only people they fully trust to help them do so. (Photo: Adamkaz/E+ /Getty Images)

Amid the COVID-19 pandemic, the push for widespread mail-in voting and other alternatives to going to the polls ahead of the presidential election has increased the risk of vote fraud through “ballot harvesting,” and the elderly are particularly vulnerable, advocates warn.

Not only are those 65 and older more likely to be victims of COVID-19, they are also increasingly at risk of falling prey to voter fraud this election year, American Constitutional Rights Union President Lori Roman said.

That’s because many seniors rely on assistance in voting from staffers of nursing homes and assisted living facilities, as well as from political activists. The latter may target the elderly living in those facilities, disguising their true intentions with offers to help “fill out” and deliver voter registration cards and ballot forms.

Political operatives also have been known to approach seniors near their homes and polling stations, and in residential facilities, with offers of “voting assistance.” The operatives’ true objective might be to manipulate or change votes.

Among the physical factors that make seniors particularly vulnerable to those forms of voter fraud are health conditions, such as vision and hearing impairments and/or mobility challenges, according to the American Constitutional Rights Union’s Senior Citizen Voter Bill of Rights.

Such physical impairments make them prime targets for political activists intent on committing vote fraud and ballot manipulation under the guise of “assisting the elderly.”

Along with physical challenges, seniors may face cognitive problems, such as dementia or other forms of memory decline.

But seniors can protect themselves from vote fraud, Roman said:

Vote in person whenever possible. That’s the most secure way to vote. Seniors who are not able to vote in person and have to use an absentee ballot should ensure that no one touches or tampers with their ballot, and that no one coerces them or tries to fill it out for them.

If they’re in a facility, and they fill out their absentee ballot, they need to fill it out themselves, and they need to mail it themselves using the mailbox at the facility and not hand it to anyone else. Either turn in the ballot yourself or give it to a trusted family member to turn it in.

Seniors should also be wary of handing over their ballots to organizations claiming to be nonpartisan, Roman said, adding:

We have, through our hotline, received tips that nonprofit leftist-leaning organizations all over the country—two in particular—are trying to harvest ballots from the elderly and assisted living facilities. They are claiming that they will take the ballots and get them to the election office for the citizens.

That “ballot harvesting” has increased as the presidential election nears.

The American Constitutional Rights Union recently reported widespread cases of ballot harvesting in Florida by third-party organizations, such as the left-leaning League of Women Voters and possibly also the American Civil Liberties Union, Roman said. The groups may be using the coronavirus pandemic as an excuse to offer their “assistance.”

To counter the practice of illegal ballot harvesting and to raise awareness of the growing risk of vote fraud, the “Stranger Danger” campaign has also contacted hundreds of nursing homes across the country, alerting the directors about the prevalence of ballot harvesting and offering to provide residents of the facilities with copies of its Senior Citizen Voter Bill of Rights.

This article has been updated on the number of nursing homes contacted by the American Constitutional Rights Union about ballot harvesting.