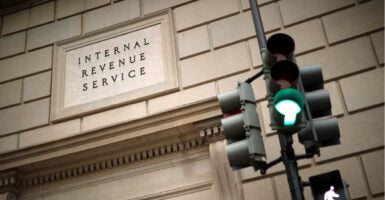 President Donald Trump’s new executive order, which suspends the employee portion of Social Security payroll taxes for the rest of the year, is legally dubious and unlikely to turn around the economy.

It is understandable that the president wants to help revive the American economy and give relief to Americans who continue to suffer economically. There are right now 13 million fewer people working than there were before the COVID-19 shutdown. And given an obstinate Congress, it’s also understandable that the president is exploring alternative approaches to alleviate the economic pain.

Unfortunately, as history tells us, the temporary payroll tax suspension—which is 6.2% of a worker’s paycheck—will likely not achieve either goal in a sustainable way. The executive order also appears to breach the bounds of powers granted to the executive branch by the Constitution and statute.

Earlier this year, Congress granted businesses leeway to defer the full payment of the 6.2% employer portion of the Social Security tax owed on the remainder of this year’s wages through the end of 2022. However, Congress chose not to suspend the taxes for the employee portion.

It is important to understand that the payroll tax suspension is not a tax cut. It merely suspends collection of the tax and the president is gambling that Congress will turn the remittance delay into a permanent tax forgiveness.

Putting aside economic concerns for a moment, the Constitution empowers only the Congress—not the president—to enact tax policy.

With all 50 states under federally declared COVID-19 emergencies, this is the section that the executive order relied upon to defer payment of the employee portion of the payroll tax without the corresponding congressional approval.

This interpretation of the law clearly expands the power granted by Congress beyond what was originally intended.

For instance, an entire county may be placed under an emergency order for a wildfire. This happened across Southern California in 2007-2008 in three counties. Under this tax code provision, the Treasury Department could delay tax collection for those “affected by” the fires. However, such an extension would not apply to the entire population of 9 million residing in those counties, the vast majority of whom neither suffered losses from nor were displaced from the fires.

In the midst of a flood, blizzard, or wildfire, filing one’s taxes can be difficult, if not impossible. These hurdles in no way apply to gainfully employed taxpayers during the COVID-19 emergency who retain the requisite resources required to transmit these funds. Simply being located in a city or state where a federal disaster has been declared is insufficient to allow deferral of taxes by the treasury secretary under Section 7508A of the tax code.

Of course, navigating the federal bureaucracy—especially in the wake of a natural disaster—can be confounding. In some instances, this could result in the treasury secretary inadvertently failing to extend Section 7508A deferrals to qualified taxpayers.

To avoid this possibility, Congress chose to grant a 60-day mandatory tax payment extension for individuals with a principal place of residence within a declared disaster zone (Section 7508A(d)).

This automatic short-term tax deferral for all residents within the zone ensures relief for all those truly hurt by the disaster. However, it is very limited in geographic scope and time. A longer deferral under 7508A requires that the resident be personally “affected by” the disaster.

America’s system of limited governance depends on an ongoing commitment to the rule of law in accordance with the Constitution’s separation of powers—which thus demands that any blanket payroll tax suspension be authorized by Congress.

Creating tax policy through executive order threatens a further encroachment of the executive upon the legislative, just as President Barack Obama’s immigration policy rewrite that resulted in the Deferred Action for Childhood Arrivals did several years ago.

Any Economic Benefits Will Be Small

The economics of the policy matter as well. Regardless of the manner in which payroll tax payments are temporarily suspended, the near-term economic benefits will be small and there could be longer-term implications.

Payroll taxes are technically paid half by employers and half by employee. Congress has already delayed payment of the employer share of the payroll tax through the end of 2021, and full payment is not due until 2022—but those bills will eventually come due.

Delayed payments likely provided some immediate liquidity for businesses in the heat of the crisis, but now businesses need permanent policy to reopen and rebuild, not short-term Band-Aids.

The same is true for workers. Congress and the president have already delivered substantial relief to workers and continued aid is justified. But that aid should be temporary and targeted to those most in need—specifically the unemployed. While a payroll tax cut would likely put more money in Americans’ pockets, at least temporarily, it is not targeted at those most in need.

Furthermore, temporary tax cuts simply do not bring the economic impact that their supporters often claim. While cutting taxes can be great for the economy, those cuts generally need permanence to yield sustainable positive economic growth.

While there could be certain economic conditions, such as a major drop in demand, where some would argue a temporary tax cut could be appropriate, if not optimal, we must remember that is not the situation the nation currently faces. Our economic situation is a result of government-imposed economic shutdowns and public fear of the virus, not some underlying economic weakness.

Indeed, the return of more than 9 million jobs over the past three months illustrates this point. Employment growth is following Americans’ ability and willingness to leave their homes. This should tell policymakers that it’s not economic stimulus that we need, but appropriate public health polices so that we can continue to open the economy.

Furthermore, delaying these payments does not mean wages will rise in any meaningful way, as some have suggested. That’s because if a business stops collecting employee payroll taxes, it is opening itself up to a big tax bill with no way to pay it off and will likely therefore save additional funds to ensure future solvency.

But what if Congress approves a payroll tax holiday for the employer and employee portions of the payroll tax—forgiving these taxes rather than just delaying payment? Even in this scenario, economic results will likely not pan out as predicted by some.

Temporarily eliminating the employer share is unlikely to result in significant new hiring. The tax cost of paying workers is not responsible for the surge in unemployment. Nor is the employee portion of the taxes responsible for the decline in consumption. As stated earlier, the rise in unemployment and the drop in consumer spending stem from the government’s response to COVID-19.

Second, Congress has already settled on a more targeted payroll tax cut for firms that are truly stressed by diminished revenues. The “employee retention tax credit” is designed to offset payroll taxes for struggling firms who maintain payrolls despite depressed business. If Congress chooses to provide further deficit-financed relief, the response should be targeted to those who need it most through existing programs.

But Congress can’t keep the economy on life support forever. In fact, attempting to do so risks creating mass ongoing dependency on government largesse for both firms and workers.

The recovery will follow our ability to return to work, school, and social life. The severe contraction of the past six months came despite disposable income expanding significantly thanks to so-called stimulus checks and generous unemployment benefits.

However, spending and investment plummeted due to a combination of COVID-19 fears and governments continuing to restrict entertainers, retail, bars, restaurants, and travel destinations. Consumers are saving these funds rather than “stimulating” the economy.

And history can teach us a lesson here. Congress approved a 2% tax holiday on the employee component in 2010, which Obama signed into law. At the time, the Congressional Budget Office estimated that for each dollar of forgone tax revenue, the economy would grow between 30 cents and 90 cents and cost more than $100,000 for each job created.

Tax cuts designed as one-time stimulus payments, like temporary payroll tax cuts, are not the type of pro-growth tax reform that is most important in an economic slump.

If Congress wants to cut taxes, it should start with the ones that are most harmful to the economy and reduce expenditures as much or more than they cut revenue—and they should be permanent. Taxes on trade and taxes on business investment should take priority.

Trump’s suggestion of permanently reducing payroll taxes is promising if the tax cut is used as an opportunity to also make the necessary structural reforms to Social Security. We should preserve the program for the most vulnerable while empowering workers to strengthen their financial futures through more control over their own money.

Suspending the payroll tax—whether done properly through congressional authorization or improperly through executive order—will likely not accomplish the mission of recovery and is not well targeted to those currently in need. It is simply the wrong tool for the challenges at hand.

Temporarily reducing employment costs does nothing to help a business without customers and does very little for those who are still unemployed. Most of the benefit of a payroll tax cut would go to the employers of the more than 140 million workers who are still fortunate enough to be working.

Likewise, borrowing from future generations to give someone an artificial and temporary raise today will mean more debt, higher taxes, and a slower recovery once the artificial high wears off.

An economic recovery requires reopening American society, not placing more of our operating costs on the national credit card. Implementing this—or any other—tax policy by executive order rather than through congressional authorization sets a troubling precedent of eroding Congress’ constitutional powers to levy taxes.