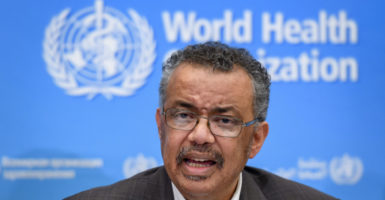 The World Health Organization has a well-documented history of promoting abortion, even in countries where it’s illegal or restricted. Pictured: WHO Director-General Tedros Adhanom Ghebreyesus speaks during a press conference on Jan. 30, 2020, in Geneva. (Photo: Fabrice Coffrini/AFP/Getty Images) 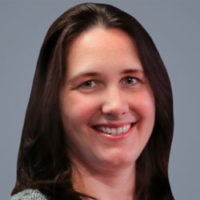 One would think that key international organizations responding to the COVID-19 pandemic would maintain a laserlike focus on the physical and economic damage it has done.

But just last week, the acting administrator for the U.S. Agency for International Development had to write to U.N. Secretary-General Antonio Guterres to urge that the United Nations stay focused on saving lives and not be promoting abortion.

It became necessary to make this seemingly obvious point because the U.N.’s Global Humanitarian Response Plan currently includes the provision of “sexual and reproductive health services”—the U.N. euphemism for a range of services and procedures that includes abortion—as an essential service on par with such necessities as food security and sanitation.

This is not an isolated instance of the U.N.’s promotion of abortion and its many partnerships with abortion industry leaders. The unsavory history of the United Nations Population Fund’s support of China’s coercive family planning policies may be the best known such instance, but it’s far from the only example of U.N. entities participating in or advancing a progressive abortion agenda.

The World Health Organization has a well-documented history of promoting abortion, even in countries where it’s illegal or restricted. The organization insists that “legal and safe abortion” is a prerequisite for achieving the goals of the 1994 International Conference on Population and Development, which explicitly rejected abortion as a human right.

The WHO’s guidance to countries on “community-based health care, including outreach and campaigns, in the context of the COVID-19 pandemic” includes a specific link to its guidance on self-care for sexual and reproductive health and rights, which envisions “self-managed medical abortion in countries where abortion is illegal or restricted.”

The Trump administration should go beyond this letter as it continues to advance the pro-life, pro-woman agenda that has taken shape under the Protecting Life in Global Health Policy initiative in its broader foreign policy and humanitarian aid efforts.

It should also consider creating an office within the U.S. State Department for an ambassador at large to protect unborn life. This individual could further elevate the priority this administration rightly has given to partnering with other countries to defend life and family in the promotion of sustainable development and improved health.

The World Health Organization has been criticized over its deferential treatment of China and its inadequate response in the early days of the COVID-19 pandemic, and it stands to lose U.S. funds permanently if it fails to meet criteria the Trump administration is setting forth.

That reevaluation of U.S. support for the WHO would be a good opportunity for the U.S. to go a step further and insist that the WHO return to the non-political focus on disease prevention and stopping the spread of epidemics that it was created for, and withdraw from its involvement in promoting controversial issues that do not enjoy support from many U.N. member states.

As the U.S. statement at the just-concluded World Health Assembly meeting appropriately said, “[t]here is no international right to abortion, nor is there any duty on the part of States to finance or facilitate abortion.”