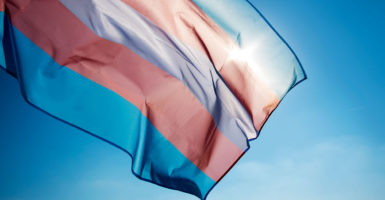 There is strong evidence for the effectiveness of a “watchful waiting” approach to treating gender dysphoria in minors, allowing children time and space to come to terms with their biological sex rather than pursuing aggressive, permanent interventions. (Photo: Getty Images)

Utah recently codified an administrative rule that bans “any practice or treatment that seeks to change the sexual orientation or gender identity of a patient or client” under the age of 18.

This made it the 19th state to ban the practice, frequently labeled “conversion therapy.” Some call this a milestone in protecting vulnerable children, but the reality is more complicated.

Advocates describe so-called conversion therapy as a “discredited practice” linked to physical abuse, drug use, and suicide, and they point to politicized statements from medical associations and activist groups to support these claims.

Although it is possible to find instances of physical abuse and otherwise clearly harmful practices that can and should be prosecuted under existing law, counseling bans such as the one enacted in Utah are not targeted at particular practices but instead at particular values. They impose a legal ban because the state disagrees with views about human sexuality and biology held by certain professionals.

Utah’s ban includes an exemption for religious counselors and clergy members who are “acting substantially in a pastoral or religious capacity and not in the capacity of a mental health therapist.”

This exemption was included to address objections to a previous version of the ban raised by the Church of Jesus Christ of Latter-day Saints, to which more than 3 in 5 Utahans belong.

The exact parameters of the exception are unclear, and LGBT activist groups frequently single out religious groups as being the main perpetrators of abusive “conversion therapy” practices.

Counseling bans such as Utah’s have particularly troubling implications for minors struggling with gender dysphoria.

When treating gender dysphoria in minors, many medical professionals and parents prefer to try to help them accept their bodies rather than medically alter them. This stands in contrast to the approach recommended by LGBT activists, which mandates immediate and unquestioning affirmation of a child’s stated gender identity.

This can include a social transition consisting of a new wardrobe, name, and pronouns, and eventually a medical transition via puberty blockers at age 9, cross-sex hormones at 14, and sex reassignment surgery at 18.

These “medical treatments” can permanently sterilize children well before they are old enough to understand the lifelong implications, and they lack any solid medical or scientific support.

There is strong evidence for the effectiveness of a “watchful waiting” approach to treating gender dysphoria in minors, allowing children time and space to come to terms with their biological sex rather than pursuing aggressive, permanent interventions.

Research shows that 80%-95% of children who experience gender dysphoria but do not transition socially will see their distress resolve on its own over time. Those placed on the path of social transition go on to undergo medical transition in almost all cases, suggesting that unquestioning affirmation by adults of a child’s professed transgender identity becomes a self-fulfilling prophecy.

Counseling bans such as Utah’s would prohibit the watchful waiting approach and classify anything other than affirmation of transgender ideology as an unlawful attempt to “change gender identity.”

Many young people who formerly identified as transgender report that doctors and therapists directed them to hormonal and surgical interventions rather than helping them address the underlying causes of their gender dysphoria.

One young woman who spent a year in transition reports that a therapist authorized her testosterone injections after only five total hours of counseling, and the doctor who prescribed the hormones did not even open the letter containing the therapist’s authorization.

She went on to suffer debilitating physical and mental side effects and eventually chose to detransition.

Under Utah’s new rule, stories like this will become even more common as patients lose access to counseling that could steer them away from unnecessary hormone treatments and surgeries.

When the state takes away choices from doctors, parents lose as well. This could lead to greater legal restrictions on parents’ ability to make medical decisions for their own children.

In Ohio, for example, parents lost custody of their daughter in part because they wanted to pursue counseling rather than hormone treatments for her gender dysphoria.

Once again in the battle over transgender ideology, children will become the victims of adult political disputes. Exploring the underlying causes of a child’s discomfort with his or her biological sex or providing body-affirming counseling is not a “discredited” or “abusive” practice.

Utah’s attempt to ban this kind of counseling raises an important question for policymakers and activists: Which is a better definition of “conversion therapy”—talk therapy that helps a girl who doesn’t conform to traditional gender norms accept her body, or injecting her with testosterone and providing her with a double mastectomy because she doesn’t want to wear dresses or play with dolls?