California’s Effort to Ban ‘Conversion Therapy’ Failed. Here’s a Better Path We Can All Agree On. 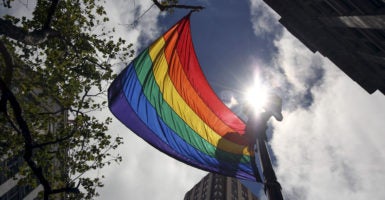 There were plenty of good reasons to vote against California’s AB 2943.

The measure would have declared it “consumer fraud” for any counselor—secular or religious—to accept money in exchange for helping people who experience unwanted same-sex attractions to overcome those feelings or resist acting on them.

It was a threat to freedom of speech, freedom of religion, and privacy—and likely unconstitutional. It also was premised on the false assertion that the sexual orientation change efforts some clients choose to undertake (or “conversion therapy” to its critics) are never effective and always harmful.

Nevertheless, it was expected to pass if brought up for a final vote in the California Assembly. It had already passed both houses of the Legislature once—the Assembly just needed to agree to Senate amendments. The only hope was that the Assembly would run out of time to act before its Aug. 31 deadline.

Instead, the bill’s sponsor, Assembly member Evan Low, surprised everyone by withdrawing the bill himself. Low, who identifies as gay, made an unusually personal statement in announcing his decision:

As a young person I often found myself confused about my sexual orientation. It was hard to find any mainstream media surrounding the feelings I was having. Gay men were not depicted in movies or TV that I was exposed to. I hid myself and my feelings because I was afraid of what others would think of me. This left me feeling very lost, scared, alone, and even suicidal. I wondered if I could change. Coming out was not an easy experience.

Low may have been surprised by the vigor of the opposition he encountered from the California Family Council and others in the state. He said, “I knew this was an emotionally charged issue, so I spent the past few months traveling up and down the state meeting with a wide variety of faith leaders.”

Low is to be applauded for taking the time to meet with, and listen to, those with a different perspective. Perhaps this process helped him to overcome some of the dominant stereotypes about religious believers who opposed the bill.

Unfortunately, he still seems to harbor stereotypes about sexual orientation change efforts themselves, since his statement continued to refer to “the harmful and fraudulent practice of conversion therapy.” Yet in his conversations, he emphasized that his concern was about people being coerced into therapy and “guaranteed” a perfect result.

That is fertile ground for agreement.

No responsible therapist or counselor would ever use (or tolerate) coercion, and none gives “guarantees.” There is never a guarantee of success when it comes to therapy.

But AB 2943 wasn’t itself premised on the risk of coercion or misleading guarantees. It was based solely in opposition to the idea of someone changing their sexual orientation—even voluntarily, and even when that only means changing external behaviors.

In his statement, Low expressed interest in “finding common ground.” He reportedly wants to work out a “compromise” bill that will still condemn “conversion therapy,” but address some of the religious liberty concerns that were raised about AB 2943—including the concern that it could have applied to the sale of books, not just counseling services. His statement hinted at a divide-and-conquer strategy, since he praised certain “religious leaders [who] denounced conversion therapy.”

Such a strategy must not be allowed to succeed.

Not all Christian counselors have the same views or training regarding the potential for success in these therapies. Some have internalized secular criticisms of such efforts. Meanwhile, Christian colleges walk a fine line in seeking to maintain their own accreditation and the possibility of licensing for their graduates.

In a free country like ours, space must be given to people with differing views on how best to approach this issue. No freedom-loving American—on the left or on the right—should support any government action that might interfere with the process of voluntary transformation.

Going forward, the greatest potential for “common ground” would be for therapists and counselors to make clear—and for Low to accept—that voluntary best practices in the field already exclude the use of coercion or “guarantees.” Legislation on this is neither needed nor appropriate.

Some activists are reportedly angry with Low for withdrawing his bill. Other groups seem to have closed ranks behind him.

We are grateful that Low has engaged with the faith community in recent months. This dialogue has borne fruit, and we hope that it will continue.