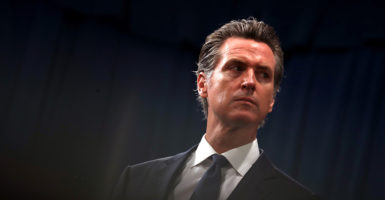 If you want less of something, raise its price. That’s the logic behind policies such as cigarette and soda taxes and plastic bag fees.

Somehow, policymakers in California thought that by raising the cost of doing business with independent workers, they could make all those workers better off.

But now, instead of higher benefits and improved job protections, many independent workers are losing their jobs, along with the flexibility and autonomy they value.

In September, the California legislature passed, and Gov. Gavin Newsom signed into law, AB 5—a bill that upends the gig economy and contract-based employment in California.

With a little more than 10% of workers engaged in independent work as their primary job and as many as 1 in 3 workers participating in independent work on some level, California’s law could affect anywhere from 1 million to 5 million workers (not including its inconsistent exemptions).

By applying a three-part “ABC” test that forces companies to treat many individuals they simply do business or contract with as formal employees, the California law is causing havoc for many companies and, particularly, for independent workers—at least those that didn’t receive a special exemption under the law.

Small employers will be hardest hit because they rely more heavily on contractors. Businesses that have four or fewer employees use 6.7 contractors, on average.

Under the new law, those contract workers would have to become formal employees, meaning the owner would be in charge of the work they perform (even though he is not an expert in their services) and how many hours they work and would have to provide them with employee benefits.

Since that’s probably not feasible or advantageous, the owner would instead have to cut ties with those contractors and stop offering their services. That will make it harder for him to compete with bigger companies who can fully and formally employ more specialized workers.

Even if big companies, such as Uber, might be able to remain profitable by treating workers as employees, drivers and customers will pay a price.

Uber is challenging the law in court, but if it and other gig platforms can’t negotiate or litigate their way out of AB 5, they presumably will have to take away the autonomy and flexibility that draw workers to the gig economy.

For ride-share companies, drivers likely would be assigned prescribed shifts and locations, they could be required to pick up certain passengers, they would need to request time off in advance, and they might be forced to work exclusively for one company.

These companies could also decide that the increased liability of formal employment means they need to monitor workers by video to ensure control over their employees’ workplaces and performance.

And gig economy customers can count on steep price hikes, which will reduce demand and lead to even fewer jobs and services.

Independent truck drivers also are hit hard by the law. According to the California Trucking Association, which filed a lawsuit against the state in November, AB 5 will put 70,000 owner-operator truckers out of work.

Independent truckers such as Brian Gray already have packed up their families and moved out of California, and may others, such as Jeff and Elyse Fink, are narrowing their relocation options.

“As of Jan. 1, I was told the company can’t dispatch me with loads leaving California if we still want to work for the company,” Jeff Fink said.

These drivers don’t want to leave the state, but they’ve invested in their trucks, and those investments won’t pay off under the law as written. Fortunately, this group was granted at least a temporary reprieve on Dec. 31, when a federal judge issued a temporary restraining order against the law’s application to independent truckers.

A hearing considering a permanent injunction for truckers is set for Jan. 13.

Freelance writers and photographers also are suing California over AB 5; the Pacific Legal Foundation is representing them in their argument that the law unconstitutionally restricts free speech and media.

The groups also argue that the law’s unequal application deprives certain groups of equal representation. For example, juice drivers, journalists, and photographers are subject to AB 5, but milk drivers, grant writers, and fine artists are exempt.

They also argue that AB 5 strips freelancers of their ownership rights, because formal employment usually requires these professionals to give ownership of their work over to their employer.

The law should be applied equally. Laws that necessitate frequent exemptions and lead to numerous lawsuits are undemocratic and destructive.

If California lawmakers want to help independent workers, they should restore the flexibility and opportunity workers sought when they entered the gig economy. According to the Bureau of Labor Statistics, fewer than 1 in 10 independent contractors would prefer a traditional work arrangement. These workers want this arrangement. They don’t want to be “protected” from it.

Many of these independent workers are single parents, individuals with disabilities, and women, who tend to want and need more flexibility and autonomy than traditional employment provides.

Yet, California policymakers seem intent on having everyone answer to a boss—one who will determine their schedule, monitor the work they perform, and control how much income they can earn.