Why a Growing Gig Economy Is a Good Thing 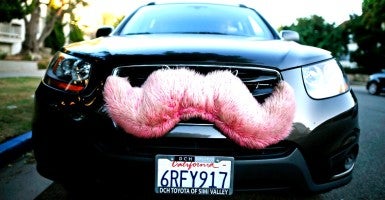 The gig economy has proven over the last few years to create a win-win relationship between the providers and the recipients of the shared services and an unequivocal success for the free market. (Photo: Lucy Nicholson/REUTERS/Newscom)

Paul Sukkar is a member of the Young Leaders Program at The Heritage Foundation.

When you buy an antique on eBay or use Lyft for taxi service, you’re a customer in the growing “gig economy.” According to new research from the JPMorgan Chase Institute, about 1 in 100 American adults receives income via one of these new “online earning platforms” each month. That’s not a big share of the economy yet, but has approximately doubled every year since 2012. And over 4 in 100 adults have earned gig economy income at some point.

Most are using these side jobs to augment their regular salary or to work slack days in their normal work schedule. Within the gig economy, less than a quarter are providing services like cleaning houses or driving. Others rent or sell items, such as on Etsy or Airbnb. Of the quarter that provide a service, 15 percent are over the age of 55—and few of these workers earn their income solely from their gig economy job.

Online platforms have given workers greater flexibility and made assets like cars and homes more productive. They help raise income for the suppliers of the labor or capital, and they also reduce costs for the consumer. In Washington, D.C., an 11-minute ride from Union Station to the White House would cost about $14 in a traditional taxi versus $5 to $10 through popular ride-sharing apps. Thus, it is no surprise that old vested interests, such as the owners of traditional taxicab companies, have lobbied local government to outlaw the new competitors.

In San Francisco, home rentals through Homeaway, Airbnb, and similar platforms narrowly survived a challenge on a November ballot initiative.

Cronyism exists overseas, too. Tourists at the 2016 Olympic Games in Rio de Janeiro will not be allowed to use Uber or other ride-sharing services thanks to pro-taxicab lobbying.

The gig economy has proven over the last few years to create a win-win relationship between the providers and the recipients of the shared services and an unequivocal success for the free market. Even though the gig economy remains small, it has expanded economic opportunity, augmented incomes, expanded consumer choice, and given more people the opportunity to be their own bosses—even if it’s only for a few hours a week.