The Pentagon Auditing Process Is Expensive, Inefficient, and in Arrears 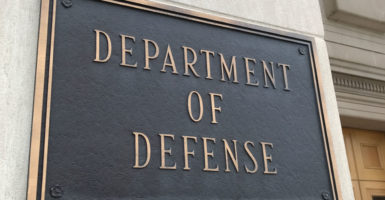 A web of 1,000 auditors recently handed the Pentagon a lengthy laundry list of 1,300 issues to address, even though the Defense Department is still implementing the 2018 audit recommendations. (Photo: Getty Images)

Many months and about $1 billion in taxpayer funds later, the U.S. Department of Defense recently announced that it had failed its second comprehensive audit, chalking up another “F” on its audit report card.

The 1990 Chief Financial Officers Act requires extensive annual audits of U.S. federal agencies, but the Pentagon was only required to undergo audits beginning in 2018.

These audits quickly became stressors for the Pentagon. The Defense Department is the only federal agency to have never passed a full financial audit.

The 2019 audit entailed 24 smaller reviews.  According to Defense News, “The audit effort covered more than $2.9 trillion in total assets and $2.8 trillion in liabilities, with 1,400 auditors, visiting 600 sites around the world and requesting more than 100,000 samples of equipment as they surveyed the department’s inventory.”

Pentagon audits have been attempted before, but the Government Accountability Office reported in 2013 that “serious financial management problems at the Department of Defense made its financial statements unauditable” at the time.

Some waste and inefficiencies are to be expected from a massive organization such as the Defense Department, which employs 3 million people and spans 160 countries.  But previous commentary by The Heritage Foundation has observed that while the private sector regularly commissions audits to assure its investors of maximum functionality, “the [Defense Department] has no corresponding need.”

Additionally, the costliness of a new, nearly $1 billion annual auditing process for the Pentagon raises concerns about the responsible use of taxpayer dollars.

Upon conclusion of this year’s audit, Sen. David Perdue, R-Ga.,  applauded it and stated, “With a $21 trillion national debt and global security crisis, we cannot afford to misuse a single dollar in supporting our service members.”

But unfortunately, inefficiencies within the current auditing process raise questions about whether we are misusing taxpayer dollars in the name of accountability and transparency.

After only two years, the current auditing system quickly became burdensome and backlogged, so now, the Pentagon is scrambling to keep up with swarms of yearly recommendations.

The Heritage Foundation noted in 2018 how auditors’ recommendations do not necessarily change bad practices; instead, auditors capture a snapshot of the Defense Department at a given moment. They merely record whether “wasted” money was correctly reported and assess the current value of Pentagon equipment, for examples.

Furthermore, given the sprawling nature of the auditing process, audits are sometimes negligently duplicated, so certain items that are already assessed by other internal processes are also evaluated by these auditors. “Instead of finding waste and inefficiency, the [Defense Department] audit unwittingly creates them,” the 2018 Heritage Foundation report concluded.

Defenders of the audits tout waste reduction as one of the benefits of the process. In his written statement before the Senate Armed Services Subcommittee on Readiness and Management Support, Deputy Secretary of Defense David Norquist announced that 130 million printed maps were relocated as an example of the audit’s progress. But the projected savings equaled only 1% of the total audit cost.  Do small advantages like more floor space justify the $1 billion price tag?

Mick Mulvaney, director of the White House Office of Management and Budget, proposed that fat should be trimmed from government agencies—among them, the Defense Department—to bolster the military budget.

It would be disadvantageous and ironic to waste money on an inefficient auditing system that doesn’t produce this envisioned change.  If accountability is a goal of the auditing process, then we shouldn’t settle for an inefficient and wasteful system.

The Pentagon shouldn’t be let off the hook entirely, and accountability is a worthy goal. But other, potentially more efficient, streamlined auditing options such as zero-based budgeting, contract or waste audits, strong management, and continuous process-improvement techniques have been proposed by The Heritage Foundation.

Chief among the Defense Department comptroller’s interests should be both cost-effective and effective operations. The auditing process should be no exception. Congress and the Pentagon may need to return to the drawing board to develop a more responsible auditing process if auditing snafus persist.

This article has been corrected and had a reference to one specific number of auditors removed.