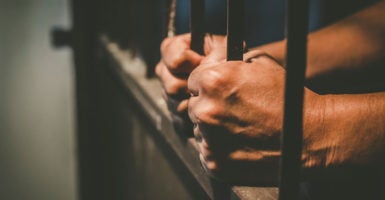 The Mecklenburg County Sheriff’s Office refused to honor an ICE detainer for an illegal alien convicted in a deadly drunk driving accident and released him from its custody. (Photo: Mongkol Nitirojsakul/ EyeEm/Getty Images)

Officials in Mecklenburg County, North Carolina, refused to honor an Immigration and Customs Enforcement detainer placed on an illegal alien convicted in a deadly drunk driving accident, opting instead to release him back into the community.

ICE placed a detainer request on Jose Barajas-Diaz, a Mexican national living illegally in the U.S., a day after he was arrested in Charlotte, North Carolina, in January for driving while impaired and for felony death by motor vehicle. After his sentencing in October, however, the Mecklenburg County Sheriff’s Office refused to honor the ICE detainer, and released him from its custody.

“This is yet another example of a clear public safety threat being released into North Carolina communities rather than into ICE custody due to local sheriff policies on ICE non-cooperation,” Matthew Albence, the acting director of ICE, said in a Monday statement provided to The Daily Caller News Foundation.

“Continued decisions to refuse cooperation with ICE serve as an open invitation to aliens who commit criminal offenses that these counties are a safe haven for persons seeking to evade federal authorities, and residents of Mecklenburg County are less safe due to these misguided sanctuary policies,” Albence continued.

Barajas-Diaz was first arrested on Jan. 29 by the Charlotte-Mecklenburg Police Department following an accident that killed a motorcyclist. He made a U-turn in his truck onto inbound lanes, striking the motorcyclist, and killing him on the scene, according to police.

The Mexican national was charged with felony death by violence, operating without a license, driving while impaired, open container after consuming, and a safe movement violation.

The North Carolina Superior Court for Mecklenburg County convicted Barajas-Diaz of felony death by motor vehicle on Oct. 24, and slapped him with a five-year suspended sentence with credit for time already served.

The Mecklenburg County Sheriff’s Office, which largely refuses to work with federal immigration authorities, ignored the ICE detainer placed on Barajas-Diaz and released him back into the community. Regardless, ICE Enforcement and Removal Operations deportation officers arrested him on Nov. 1, and he remains in the agency’s custody as he undergoes removal proceedings.

Since winning election in December 2018, Mecklenburg County Sheriff Garry McFadden has refused to work with federal immigration authorities. McFadden, a Democrat, will not honor ICE detainer requests, and has released a number of criminal illegal aliens from his custody—insisting that ICE must obtain a judicial warrant to make his office hold onto an individual.

“Under the Immigration and Nationality Act as passed by Congress, ICE detainers, removal orders issued by federal immigration judges, and ICE immigration enforcement in general, is conducted under civil law,” the agency said in a statement. “The ‘judicial warrant’ demanded by the sheriff only applies to criminal cases and does not exist for civil law matters.”

“However, for every detainer ICE issues the agency also provides an accompanying administrative warrant, or a warrant of removal along with the detainer, which is the warrant that does exist for matters governed under civil law,” the statement continued.

McFadden publicly invited ICE representatives in September to visit his office to discuss their differences. ICE agents, however, have accused the sheriff of repeatedly ignoring their attempts at outreach by not responding to calls or emails.

Mecklenburg County Sheriff’s Office did not respond to a request for comment.