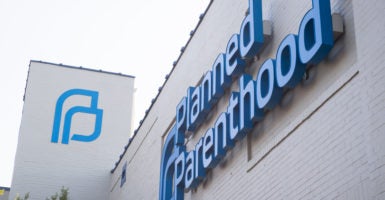 A former Planned Parenthood clinic director was awarded $3 million by an Arizona jury last week after she was fired after speaking out against the clinics' questionable medical practices. (Photo: Saul Loeb/AFP/Getty Images)

An Arizona jury has awarded a former Planned Parenthood clinic director $3 million after she was fired for blowing the whistle on unsafe medical practices at the clinics.

“I hope my case is a lesson to other workers that shows them that the truth will prevail,” Mayra Rodriguez, a former clinic director for Planned Parenthood Arizona, said in a statement following the Aug. 16 verdict.

And Then There Were None, an organization founded by Abby Johnson—another former Planned Parenthood clinic director—announced Monday that Rodriguez had been awarded $3 million. She had sued her former employer following her firing in October 2017 “after repeatedly making claims that Planned Parenthood was endangering the health and safety of their patients.”

A Maricopa County jury took just three hours to reach its verdict, The Catholic Sun, a publication of the Diocese of Phoenix, reported.

Rodriguez, who worked for 17 years for Planned Parenthood in Arizona, where she ran three clinics, was dismissed after “reporting high complication rates for one doctor, illegal conduct of the doctor, falsification of affidavits and patient records, incomplete abortions, and failure to report a minor who had an adult partner,” according to And Then There Were None, an organization that helps abortion clinic workers leave the industry.

Johnson said that she saw much of her own story in Rodriguez’s experience, as both were Planned Parenthood clinic directors and both received the organization’s Employee of the Year award the year prior to their departures.

“Standing with her through the trial and rejoicing in the ultimate victory has been amazing,” said Johnson, whose own story was told in the independent feature film “Unplanned,” which hit theaters earlier this year.

Rodriguez said she wants her story to inspire others who might be in a similar situation to speak out.

“I also hope my case is a lesson to employers who abuse their power. Sometimes, the underdog wins, and justice will be done,” she said.

Planned Parenthood Arizona President Bryan Howard said in a statement that the nonprofit disagreed “with the verdict and the damages awarded” and that it would “consider next steps.”

But Melanie Israel, a research associate in the DeVos Center for Religion and Civil Society at The Heritage Foundation, told The Daily Signal in an email that Rodriguez’s story isn’t as uncommon as some might suspect.

“Once again, Planned Parenthood is caught red-handed caring more about their bottom line than women’s health and safety,” Israel said. “Ms. Rodriguez was brave to take on America’s abortion giant and expose this absolutely shameful and horrific conduct.”