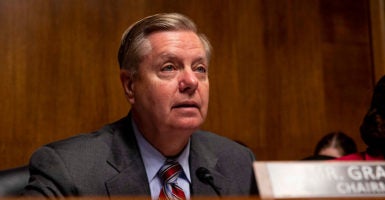 The Senate adjourned for the August recess last week, but not before confirming another 13 judges to the U.S. District Court.

Now is a good time to evaluate what the Senate has accomplished with respect to President Donald Trump’s judicial nominees. The Heritage Foundation’s Judicial Appointment Tracker shows some of the good news, as well as the bad.

The Senate has confirmed a total of 146 judges to life-tenured federal courts since Trump took office, which is on par with previous presidents. This includes 75% of the nominees Trump has sent to the Senate, a figure that until recently lagged behind past presidents.

This shows that the Senate has picked up the confirmation pace in the last few months.

In fact, during the period May through July, the Senate confirmed judges in the double digits for three consecutive months—only the second time the Senate has achieved that in history.

That was possible because Republicans in April changed part of Senate Rule 22 to eliminate one of the Democrats’ obstruction tactics. Even when the Senate votes to invoke cloture, or end debate, Rule 22 allowed up to 30 more hours to talk about a nomination.

Democrats refused to either waive or use that extra time, preferring to make the clock run to delay the inevitable as long as possible. Republicans shortened that available post-cloture time to allow more timely confirmation votes.

That step has been effective. The Senate was able to take a cloture and confirmation vote for the same nomination, on the same day, more often in the last three months than it had since October of 2017. As a result, the Senate confirmed 13 nominees to the U.S. District Court in the final week before adjourning for the August recess.

Another piece of good news is that the 103 current judicial vacancies around the country, while still historically high, is lower than when Trump took office—and for the first time.

The judiciary, however, is still in the longest period of triple-digit vacancies in nearly three decades. More than half of those vacancies are designated “judicial emergencies” by the federal courts’ administrative office.

These positions have been open for an average of 855 days and have an especially negative impact on the caseloads of those courts.

Senate Republicans have accomplished their work in the face of a relentless, unprecedented obstruction campaign by Senate Democrats.

The Judicial Appointment Tracker shows that the Senate has been forced to take cloture votes on 97 Trump nominees, compared to just three at this point for President Barack Obama. These extra votes cannot defeat the nominees, but they can add days to the time it takes to confirm them.

When it comes to final confirmation votes, Democrats have voted against an average of 48% of Trump’s judicial nominees.

Democrats are ignoring the qualifications of individual nominees and opposing them simply because Trump nominated them. They are turning the confirmation process into another front in their war against the president.

In light of their obstruction, the Senate’s success in stepping up confirmations is all the more impressive.