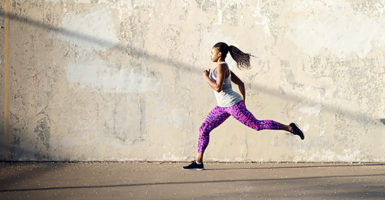 A biological male who identifies as a transgender woman won an NCAA national championship over Memorial Day weekend.

“Telfer is the first student-athlete in Franklin Pierce history to collect an individual national title,” the university announced.

“It was tough conditions out here with the wind and the heat over the last three days but, as she has over the last six months, CeCe proved herself to be tough enough to handle it,” FPU coach Zach Emerson said in a press release.

“Today was a microcosm of her entire season; she was not going to let anything slow her down. I’ve never met anybody as strong as her mentally in my entire life,” Emerson said.

Telfer previously ran a variety of events for Franklin Pierce’s men’s team, during most of which time he went by the first name Craig, according to school records.

Telfer competed on FPU’s men’s track team as recently as January 2018, according to published meet results from the Middlebury Winter Classic in Vermont. Telfer had started using the name CeCe at that point, while still competing on the men’s team.

NCAA policy is that male athletes who identify as transgender can compete on women’s teams if they suppress their testosterone levels for a full calendar year. Otherwise, so-called mixed teams—which have both males and females—can compete in the men’s division, but not in the women’s division, according to NCAA rules.

The NCAA in 2011 published an explainer calling it “not well founded” to assume “that being born with a male body automatically gives a transgender woman an unfair advantage when competing against non-transgender women.”

Telfer’s victory is just the latest instance of male athletes who identify as transgender entering—and then winning—female athletic events.