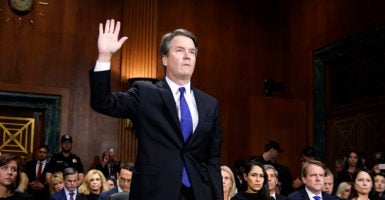 Months after his confirmation, the left is still talking about Justice Brett Kavanaugh. Elizabeth Slattery, a legal fellow at The Heritage Foundation, joins us to explain former President Bill Clinton’s accusations against him, the 10th U.S. Circuit Court’s ruling dismissing claims against the justice, and if there’s any end in sight to the continued character attacks.

We also discuss the Pennsylvania state lawmaker who filmed himself berating a woman silently praying in front of a Planned Parenthood clinic and respond to some of his arguments against the pro-life movement. Also, we watched the new documentary “Knock Down the House,” about Rep. Alexandria Ocasio-Cortez and three other liberal candidates. We let you know the good, bad, and crazy about the film.

Lastly in honor of Mother’s Day this Sunday, we crown moms as our Problematic Woman of the Week.

Listen to the full podcast: