Conservatives Need to Reclaim Feminism or Pick a New Word 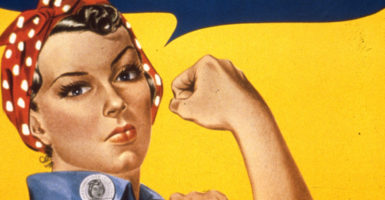 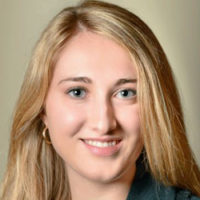 Are you a feminist?

For many conservative women, responding to that question becomes a backbreaking feat—expressing your viewpoint while attempting to dodge the left’s pro-abortion, anti-male infested word trap. For some women, it’s easier to just quickly say no and then endure the oncoming judgement.

But a weightier question remains. Should conservatives reclaim the word “feminism,” or finally toss it to the left?

That question took center stage last month when The Heritage Foundation and the Clare Boothe Luce Center for Conservative Women hosted their monthly luncheon for conservative women. The two speakers—Kelsey Bolar from The Daily Signal and Inez Stepman from Independent Women’s Forum—took opposing positions on the question, and both women took a historical approach to explain her argument.

“Modern-day radical feminists have attempted to revise the history of the feminist movement in order to use it as a political weapon to advocate for things like abortion,” Bolar told the audience. “As conservatives, we need to take it back. This means re-educating women about who feminists were and what they fought for throughout history, and redefining what the movement means today.

“I fear if we don’t,” she continued, “younger generations will ultimately be brainwashed into thinking that conservative women didn’t fight for them back then—and that we aren’t fighting for them now.”

While much of the audience seemed to resonate with Bolar’s view, Stepman offered a different outlook, one uncovering the original intent of feminism.

“The deeper underlying idea of feminism was one that separates sex from gender and argues that whatever biological differences exist between men and women, those differences are or should be irrelevant to the way we construct society, policy, and culture,” said Stepman. “I don’t see the point of taking back a word that only 16 to 33% of American women actually identify with.”

Despite their clashing views, both Stepman and Bolar agreed that it’s important to have this debate, especially as many conservatives jump into the ring of culture wars with the left.

The Back Story on Feminism

Stepping back to the 19th and early 20th centuries, across the Western world, the term “feminism” came to be associated with voices who fought to reform democracy in accord with equalitarian: to grant women the same political rights enjoyed by men. This Lockean-liberal stage of feminism sought to constitutionally endow women with the right to life, liberty, and property.

According to Stepman, the ratification of the 19th Amendment in 1920, which gave women the right to vote, concluded this fundamental push for women’s equality.

From that point, Stepman added, the feminist movement went beyond legal equality to push for a more radical vision of equality that disregarded biological differences. The feminist movement became divided as the new radical wing pushed to undo previous protections for women that were predicated on biological differences—for instance, limits on how much weight a woman could be required to carry on the job.

After 1920, women’s labor movements rejected these ideas—not because they didn’t want women to achieve a new level of equality, but because they recognized that true equality for women had to recognize biological reality. They feared legislation like the Equal Rights Amendment would reverse many of the victories that protected women workers.

Nonetheless, these more radical ideas gained ground in the National Women’s Party and opened the gates for more radical feminists in the 1960s, like Betty Friedan, to start the National Organization for Women, which pushed an agenda quickly mutating into second-wave feminism. Issues of sexuality, “reproductive rights,” and biological inequalities that became the basis of the sexual revolution of the 1960s, where the celebration of single life and sexual exploration replaced the celebration of marriage and family.

A study by L.E. Napper titled “Assessing the Personal Negative Impacts of Hooking Up Experienced by College Students: Gender Differences and Mental Health” concluded that casual sex is strongly correlated to “psychological distress, including anxiety and depression, as well as low self-esteem and reduced life satisfaction.” In fact, the link between hooking up and psychological distress appears to be stronger for females.

“Men and women are inherently different,” said Stepman. The premise that both sexes can equally benefit from casual sex with minor consequences totally rejects the fundamental truth of our biological differences.

In fact, the American Economic Journal published a 2009 study titled “The Paradox of Declining Female Happiness” that showed women’s happiness declining over years, despite advances in their career and education. The study noted that many of the effects of the sexual revolution could be to blame, like increased divorce rates, more children born out of wedlock, and less time with family.

It could also be argued that the desensitized act of abortion, and its steadily increasing numbers, could also contribute to women’s unhappiness.

Moreover, as the hookup culture continues to permeate college campuses and leftist feminists fight to blur sex differences and attack the family, women’s happiness is bound to continue its downward trend.

“The problems of the feminist movement go further back than the [National Organization of Women’s] 1967 meeting,” added Stepman. “I would argue that from the 1940s, the deeper underlying idea of feminism was one that separates sex from gender and attempts to blur the biological differences between men and women.”

Bolar, however, still held firm. She emphasized that the original feminist movement wasn’t started as a radical vice to infect American culture the way it does now. Prior to the 1960s, the majority of feminists rejected abortion, though that is the dominant feminist issue today.

Indeed, the feminist movement focused on equal opportunity, deduction of child tax expenses from their tax returns, the right to sit on a jury, and the right to remain employed as a pregnant woman.

Bolar’s argument was seconded when an older woman in the audience explained her own experience of navigating a career and motherhood, and how she was fired for being pregnant.

She turned to the younger women, who were shocked, and noted that the feminist movement, before abortion became their top priority, helped women like her fight to stay employed as a mother.

Contrary to popular belief, abortion messaging didn’t originally start with radical feminists like Friedan. It was started by men.

Dr. Bernard Nathanson, co-founder of the National Association for the Repeal of Abortion Laws, later renamed the National Abortion Rights Action League, conned leaders of the feminist movement to push a pro-abortion agenda.

Nathanson directed the world’s largest abortion clinic and became personally responsible for an estimated 75,000 abortions. He personally fed the public fabricated statistics to destigmatize the act of abortion. Yet in a major turn of events, Nathanson later joined the Catholic Church where he repented of his sins, authored pro-life books, and produced documentaries that have been used to expose the abortion industry.

But back then, Nathanson made it his goal to promote and even urge abortion. And he wasn’t alone. Larry Lader, a disciple of Planned Parenthood’s founder Margaret Sanger, wrote a book titled “Breeding Ourselves to Death,” in which he advocated population control. He also made the case for on-demand abortion.

Famously known for calling pregnancy the “ultimate punishment of sex,” Lader convinced Friedan to include abortion on the agenda of the National Organization for Women and to market abortion as a method to set women free.

The women’s liberation movement was duped into promoting abortion when Friedan orchestrated a vote to include the issue on the National Organization for Women’s platform at their 1967 conference. The vote passed 57-14. But notably, 105 vote-eligible members attended, meaning 34 of them did not vote. Those 34 women, outraged that the group was considering abortion, stormed out, thus giving birth to the pro-choice vs. pro-life feud among feminists.

“There were feminists who walked out of that meeting who believed the same things I do,” said Bolar. “[These women] have enabled women like me to not face the types of barriers that they have faced in their home and career. Calling myself a feminist is acknowledging what these women did before me.”

As Stepman and Bolar reflected on the audience’s questions and comments, they stressed how important it is for conservatives, especially young women, to decide whether or not to reclaim feminism.

“Feminists are still creating this script for young women to follow,” said Stepman. “To them, women need to focus on their careers before they even consider getting married or becoming a mother, when in fact, it’s actually been studied that many, if not most, women are happier pursuing more traditional ends, and finding those personal relationships to be much more meaningful in their lives than any career could ever be.”

While debating a term like “feminism” may seem somewhat irrelevant, the fact is that calling oneself a feminist invokes decades of historical and intellectual baggage, and many of those “feminist” principles no longer blend nicely with conservatism. That is, of course, unless you modify your answer with an exhaustive explanation that no one cares to hear.

Modern “conservative feminism” encourages women to make their own decisions without dependency on the government. This makes it truly the most moral approach to women’s liberation and equality.

Yet because only a small percentage of women actually consider themselves feminists due to the term’s negative connotation, conservatives face a choice: either phase out the word feminism and choose another, or try to reclaim it despite ongoing political and cultural obstacles.

Regardless of the choice conservatives make, Bolar and Stepman agreed on something fundamental: The first step we can all take is to become more proactive in this cultural war with the left, rather than just reacting to the left’s ever-radical standards.