Podcast: The Fight That Broke the Democratic Party 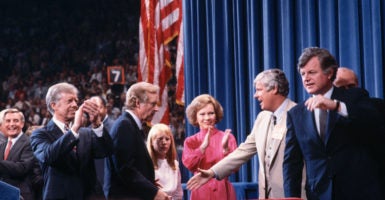 On today’s podcast we feature an interview with Jon Ward, a political reporter in Washington who wrote the new book “Camelot’s End: Kennedy vs. Carter and the Fight that Broke the Democratic Party.” Ward chronicles the fight between President Jimmy Carter and Sen. Ted Kennedy in 1980, recalling how Kennedy’s primary campaign against Carter paved the way for Ronald Reagan’s election as president.