If the Unborn Were Toddlers, We Wouldn’t Tolerate Abortion 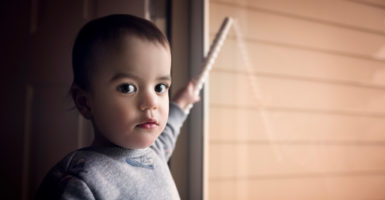 "The abortion movement is built on the anti-American principle that not all humans are equal," write Brian Fisher and Lauren Enriquez. (Photo: Jill Lehmann Photography/Getty Images) 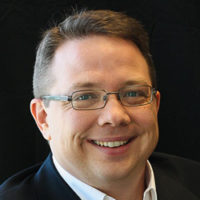 Brian Fisher is the president of Human Coalition. 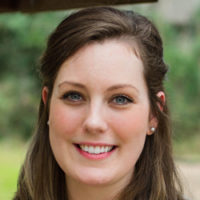 Lauren Enriquez is the public relations manager for Human Coalition.

As pro-life Americans mourned the 46th anniversary of Roe v. Wade last week and the 61 million children who have died from abortion since its passage, New York Gov. Andrew Cuomo and his allies celebrated a barbaric expansion of the practice.

Shrouded under the guise of “health care,” the Reproductive Health Act gave New Yorkers license to kill even more preborn children—up until the moment of full-term birth.

Adding insult to injury, the One World Trade Center was lit in pink to celebrate the impending deaths of more New York children than ever before. This despite the fact that 11 preborn children lost on 9/11 are lovingly honored at the 9/11 memorial.

What Roe v. Wade and the Reproductive Health Act trample is the American legacy of human equality. It is in America that the abolition of slavery and civil rights were championed on the grounds that “all men are created equal.” In America, being human is all you need to receive human and civil rights.

But our historic progress toward recognizing equal rights is stunted by the senseless slaughter of 1 million human children in abortion every single year. A million children whose blood is spilled not in the name of human rights, but in the name of choice.

The fundamental pro-life ethic is this: All human lives have equal value because they are human. Full stop. The zygote has the same value as the kindergartner, and the kindergartner has the same value as the adult. Their differences are in development and size, not in value. And because all humans have equal value, our human rights—beginning with the right to life—must be equally respected.

Americans reject the notion of devaluing our fellow man based on race, sex, color, religion, size, ability, age, or any other factor. Because our laws and history are built on the recognition of our common humanity, we have a legacy of extending rights, privileges, and securities to all humans—except, for the last 46 years, the human child in the womb.

This radical departure from the path of equality can be seen in one simple question: Do we treat the preborn child with the same dignity we extend to a 5-year-old kindergartner?

We do not. Yet they are both equally human.

The harsh reality is that the abortion movement is built on the anti-American principle that not all humans are equal. Rather, human rights are subjectively bestowed on or withheld from the preborn person based on factors that have nothing to do with the child’s humanity.

Three thousand children are aborted every day in America. If 3,000 kindergartners were being slaughtered on American playgrounds daily, would our response to those killings be any different than to those who are currently aborted?

If we are honest, we all would admit our response would be different—and Americans would be unified in their response.

Look no further than our exceedingly appropriate national response to the Sandy Hook shootings in Connecticut. We were gutted at the thought that two dozen innocents were lost.

But we have less of an emotional attachment to the embryo or fetus that is killed through abortion. And efforts to dehumanize and downplay the very real humanity of preborn persons have been overwhelmingly successful.

The media routinely skirts the brutality of abortion, and those of us who point it out are ridiculed as extremists. There is no greater testament to the effectiveness of the abortion lobby than the fact that pro-life rhetoric—not the brutalization of 1 million human children a year—is labeled extreme by the American elite.

The truth is that we, virtually without exception, have done too little and demanded too little of our leaders on behalf of these unborn victims who cannot advocate for themselves. Both the pro-life movement and America at large must ask why, after 46 years, 1 million children are still being killed each year.

If we truly believe in human equality, why do we allow this ongoing atrocity to continue year after year?

We mourn the deaths of newborns, toddlers, kindergarteners, teenagers, young adults, middle-aged adults, and our elderly loved ones. Yet we stand by idly as thousands of our youngest children die in our communities each day.

We must ask ourselves why we are not engaging in rescue operations, demanding action from our politicians, and doing everything in our power to stop the killing and restore equal rights to the preborn humans who do not currently enjoy them.

Abortion is America’s inconsistency—its hypocrisy. It falls on us to correct this hypocrisy and to fight until every human being, born or unborn, enjoys equal rights under law.