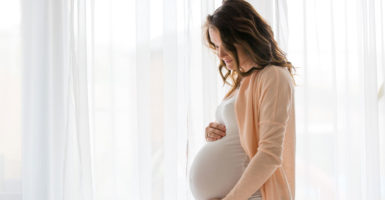 Women in New York will be able to have abortions after 24 weeks in some cases because of new legislation. (Photo: tatyana_tomsickova/Getty Images)

Cuomo, a Democrat, signed the Reproductive Health Act on the 46th anniversary of Roe v. Wade, making good on his promise to add abortion protections to the state constitution, according to The New York Post.

Roe v. Wade gave women the constitutional right to an abortion under the 14th Amendment on Jan. 22, 1973. The ruling extended the right to abort up to the point of fetal “viability,” a slippery term that continues to foster debate as neonatal care advances.

The bill codifies a woman’s right to abort under state law and removes abortion from New York’s criminal code.

The bill will also allow women to have abortions after 24 weeks in cases where “there is an absence of fetal viability, or at any time when necessary to protect a patient’s life or health,” according to the legislation. Nurse practitioners, physicians assistants, and qualified health care professionals can provide abortions under the legislation.

Cuomo is also looking to pass a bill requiring insurance companies to provide free contraceptive care, according to The New York Times.

Women seeking abortions in the state do not face any major restrictions like waiting periods, mandated parental involvement, or public funding limitations, according to a May 2018 Guttmacher Institute report.

Cuomo also vowed in early January to reject a budget that doesn’t include expanded abortion access.