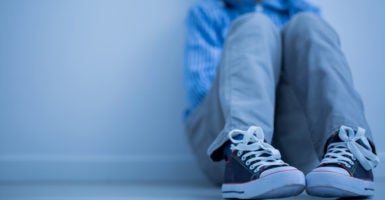 The state of New York is threatening to shut down the adoption services of New Hope Family Services, which has placed over 1,000 children with families since 1965. (Photo: KatarzynaBialasiewicz/Getty Images)

Unless the faith-based adoption provider stops placing children only in homes that have a married mother and father, the state has threatened to stop its adoption services immediately.

New Hope has placed over 1,000 children in homes since opening its doors in 1965. In fact, the New York State Office of Children and Family Services congratulated New Hope for “a number of strengths in providing adoption services within the community.”

Unfortunately, the same agency that once praised New Hope Family Services for its work is now threatening to effectively shut it down.

This threat is the latest in a series of attacks on faith-based adoption agencies nationwide, as local and state governments leverage anti-discrimination laws to punish these agencies for their belief in traditional marriage.

What is so shocking about what is happening to New Hope is that there have been no complaints to explain this sudden change. It seems that the government has no other reason to antagonize the agency besides a difference of opinion about marriage.

New Hope does not even receive government funding. The organization operates exclusively on private grants, fees from adoptive parents, and donations. So what does New York stand to gain from shutting it down?

When authorities drive out faith-based providers from the child welfare system, there is nothing to gain, and much to lose. If these agencies close, children are the ones who suffer.

California; Illinois; Massachusetts; Buffalo, New York; and Washington, D.C., have already driven out faith-based providers through similar policies. They did so even though these agencies are unique assets to the child welfare system, with great track records for overall recruitment and for finding homes for children that are difficult to place.

Closing down these agencies did not help a single child find a home. Instead, thousands of children were displaced—over 2,000 in Illinois alone—and there were fewer agencies available to help find homes for children still stuck in the system. Nor did closing those agencies help a single LGBT person to adopt. All 50 states already permit LGBT individuals to adopt, and the majority of providers will place with them.

Unfortunately, what is happening to New Hope is part of an ongoing trend.

Right now, the ACLU and Lambda Legal are litigating in Michigan and Texas in hopes of making these shutdowns the new normal nationwide.

We cannot let them succeed. The end of faith-based adoption would spell disaster for the child welfare system.

What we need is a diversity of providers that can maximize our efforts to find a home for every child. All that New Hope asks is to be allowed to serve children without being forced to work against its religious beliefs.

For the sake of the children, it is imperative that state officials in New York grant New Hope’s request.