Philadelphia Sabotages Its Own Adoption and Foster Care System 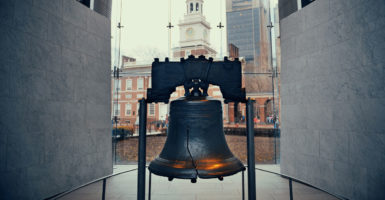 Philadelphia has taken a wrong turn in its attempts to handle the city’s growing foster care crisis.

Last month, the city put out an urgent call for 300 families to provide foster care to help care for the flood of children coming into the system due to the opioid crisis.

Just a few days later, right in its moment of need, the city halted the child placements of Catholic Social Services and Bethany Christian Services to investigate whether these agencies had violated the city’s Fair Practices Ordinance, a policy that prohibits “discrimination” on the basis of sexual orientation or gender identity.

Yet in a disturbing trend, some groups like the ACLU are seeking to put these religious adoption agencies out of business, even though they are a huge and necessary asset to children in need.

Unfortunately, Philadelphia may be following suit.

Last year, Catholic Social Services placed 226 of the city’s children in foster homes and Bethany Christian Services placed 170. Faith-based agencies like these are uniquely able to recruit families that share their values. They often provide these families with emotional and spiritual support beyond the initial placement process. This personal support system, inspired by faith and shared values, encourages families to persevere as foster families.

Recruitment and retention are crucial to a successful foster care system. As over 400,000 children nationwide sit on the waiting list for foster care, foster families that partner with the state are dropping out at a rate of 80 percent in the first two years.

Many of the families that last beyond the two-year mark are in fact motivated to stay because of their faith. According to one of the top adoption experts in the country, National Council for Adoption President Chuck Johnson: “[Among] the remaining 20 percent who persevere through what is clearly a difficult, frustrating process, faith-based families are far more likely to stick with that and attain the goal of becoming a foster family or adopting a child in foster care.”

He concludes: “Faith does play a significant role in terms of the families who are stepping up to adopt children in foster care.”

Given the challenges of the foster care process, even for motivated families, the personalized support of faith-based agencies is indispensable. Without such support, potential foster families may be so intimidated by the impersonal bureaucracy of the public system, they end up not volunteering.

Faith-based agencies may also be the first choice of a birth mom looking to place her child with a like-minded family. All birth mothers, whether they are Christian or Jewish or Muslim or have no religious affiliation at all, should have the opportunity to choose an agency that shares her values.

Despite the unique role that faith-based agencies play in the adoption and foster care system, the left is attacking faith-based adoption providers nationwide.

Groups like the ACLU and Lambda Legal are trying to drive out religious adoption agencies through a series of lawsuits in states like Michigan and Texas. If these agencies are shut down because of the left’s ideological agenda, children will bear the cost.

>>> In the War Against Faith-Based Adoption Agencies, Children Lose

These attacks could not be more ill-timed. In 2016, the city of Philadelphia had the second-highest rate of drug overdose deaths among the nation’s 44 counties with over 1 million residents. And in the state of Pennsylvania, more than half of the 16,000 children in foster care statewide in 2015 were taken from their homes because of parental drug use.

Shutting down these faith-based agencies won’t add any new families to the foster care system. It will only reduce the number of agencies available to help and decrease the number of kids getting off the waiting list and into a family.

Massachusetts, California, and Washington, D.C., made similarly poor decisions to exclude faith-based agencies and displaced thousands of children. In Illinois, for example, more than 2,000 kids were displaced when Catholic Charities closed its doors.

These lawsuits are a solution in search of a problem. Currently, LGBT couples have plentiful options to adopt, which aren’t threatened by providing religious couples the same options.

By the left’s own admission, not a single state prohibits same-sex couples from adopting or fostering. And not a single LGBT person who wants to adopt lacks an agency with which to work. Philadelphia, in fact, actively recruits LGBT people as foster parents.

If the city’s faith-based providers close their doors, it is ultimately the hundreds of kids who find foster homes through Catholic Social Services and Bethany Christian Services in Philadelphia each year who will suffer.

If Philadelphia weaponizes its Fair Practices Ordinance to attack faith-based agencies, the city risks permanently losing the irreplaceable contributions these agencies provide to adoption and foster care through their financial support, their deep knowledge base, and strong ties to faith communities.

Philadelphia should keep kids first by allowing all agencies, including those inspired by their faith, to continue serving the most vulnerable members of their city.