Sex Trafficking Is a Pandemic in the US, and It’s Time to End Demand 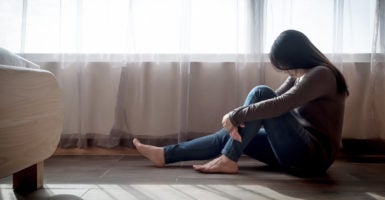 "American men are purchasing sex in greater numbers than people from any other nation in the world," writes Kevin Malone. (Photo: RyanKing999/Getty Images) 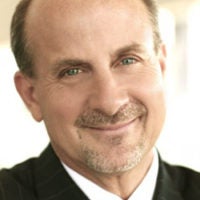 Kevin Malone is the president and co-founder of the U.S. Institute Against Human Trafficking. He is also the former executive vice president and general manager of the Los Angeles Dodgers.

This past October, a Dallas-area man was sentenced to life in federal prison for trafficking children for sex. The case offered a rare glimpse into a dark underworld most Americans don’t realize exists, right in their own backyards.

Because of the hidden nature of this crime, many Americans don’t realize that sex trafficking is not just an international problem. Hundreds of thousands of people are being sold for sex against their will right here in the U.S. Eighty percent of them are Americans, and most of them are children.

The 2017 Federal Human Trafficking Report found that of the 661 active sex trafficking cases last year, 65.8 percent involved child victims. And there are potentially hundreds of thousands of victims beyond that number who have not yet been found.

Some of these children are young teens, lured into capture by older men or women who have befriended them on social media. Some of them are children as young as 3 or 4 who have been kidnapped, or sold into the industry by a relative or guardian.

Trafficking does not require travel—it can happen right in a victim’s own backyard. Because there are far more victims still out there than arrests that have been made, it is impossible to know with certainty the exact number of people trapped by sex trafficking today.

What I can tell you with certainty is that it exists, and it has to end.

I was in retirement from a successful career as the general manager of the Los Angeles Dodgers when I first met Rachel. Rachel was 4 years old when she was first sold for sex by her father. She was trapped in the industry for 14 years, until she left high school and was able to escape her father’s control.

Her story, along with hundreds of others like it, prompted me to co-found the U.S. Institute Against Human Trafficking. Through our work with victims, rescuers, policymakers, community leaders, and faith groups, we have learned that while attacking the problem from the supply side is important, there is only one sure way to stop human trafficking in America: We have to end demand.

Rescuing victims and arresting those who are selling them is noble work, but it’s reactive, and a full step behind the predators. Moreover, it doesn’t address the real problem.

A staggering 1 in 5 men in the U.S. today have bought sex at least once. These are seemingly ordinary men—they could be your neighbors, your co-workers, your children’s friends’ fathers. American men are purchasing sex in greater numbers than people from any other nation in the world.

Until we decrease the number of people willing to pay for sex in this country, every rescued victim will just be replaced by another.

The uncomfortable truth is that our hypersexualized society has created an environment where paying for sex is considered acceptable, even if illegal. Child pornography is also illegal, and yet, disturbingly, it is the fastest growing online business today, with estimated annual revenue of over $3 billion in the U.S. alone. And almost half of child pornography websites in existence worldwide are U.S.-based sites.

As long as the demand for sex buying exists, traffickers will fill the supply with victims—even if it means using coercion. The average annual profit generated by a woman in forced sexual servitude is $100,000. That’s an enticing number for a criminal looking to make easy money.

The cycle will not end unless we end demand. This can be achieved at the policy level by legislation that focuses on the sex buyers rather than those being sold. Studies have shown that men arrested for buying sex are less likely to buy sex again in the future.

Women involved in prostitution, however willing they may seem, should be considered victims. Most of them have been sexually abused at some point in their lives.

Ultimately, however, we need to make those Americans who are considering buying sex aware of the repercussions, both to themselves and others. The U.S. Institute Against Human Trafficking’s flagship program, TraffickingFree Zone, is a multisector collaboration involving community leadership, law enforcement, businesses, schools, medical facilities, and community-based organizations.

Human trafficking is modern-day slavery, and we can’t afford to ignore it any longer—especially now that it has clearly invaded our soil. Unless we focus on ending the demand for sex buying, we can never fully protect our children from this dark industry.