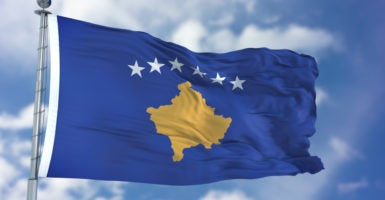 "Kosovo has a right to an army in order to defend its territorial integrity," writes Dan Kochis. (Photo: vistoff/Getty Images)

Kosovo, a small country in the western Balkans, declared its independence from Serbia in 2008, after sectarian wars in the 1990s. A decade later, Kosovo still doesn’t have a national army, despite being recognized by 114 other nations.

That may soon change. Last week, Kosovo’s parliament passed three laws that will move the Kosovo Security Force further in the direction of becoming an army.

The laws received wide support in parliament, but the votes were boycotted by lawmakers from the Serb-minority political party Serb List.

The draft laws, which would in part expand the Kosovo Security Force to a 5,000-member strong army with 3,000 reserves, will need to pass a second reading in parliament.

Kosovo’s prime minister, Ramush Haradinaj, described the bills as all having “one task, to protect the territorial integrity of Kosovo, to protect the citizens of all communities in Kosovo.”

However, Serbian Defense Minister Aleksandar Vulin denounced the moves as “a threat to peace.”

For an issue as potentially fraught as the creation of an independent army in Kosovo, the U.S. cannot afford to stay on the sidelines.

Changing the constitution requires the support of two-thirds of all members of Kosovo’s unicameral assembly, as well as two-thirds support from members who represent ethnic-minority parties, a threshold that has thus far proved unattainable.

Previous attempts to create a de facto army by upgrading the Kosovo Security Force with heavy weaponry have failed, and last October, Haradinaj said that the government would seek the creation of an army through amendments to the constitution.

As an independent, sovereign nation, Kosovo has a right to an army in order to defend its territorial integrity. The U.S. should support steps to develop an army within the legal confines set by Kosovo’s constitution.

American support, however, should be contingent on governance and rule of law reforms. Wielded effectively, U.S. support should be a potent tool for fighting corruption, ensuring responsible defense procurement, ensuring strong civilian oversight of the army, and strengthening the rule of law in Kosovo.

The U.S. should also remain committed to NATO’s Kosovo Force mission, which will continue to remain the cornerstone of Kosovo’s security for the foreseeable future, regardless of whether last week’s laws are eventually enacted. The U.S. must work to ensure that any moves toward creating an army in Kosovo are done in close consultation with NATO.

The U.S. must show leadership on the issue, especially in light of the parliamentary votes, which have once again brought the contentious issue to the forefront of Balkan geopolitics.

The U.S. has invested heavily in the Balkans since the end of the Cold War. Now is not the time to squander that investment and sacrifice.

Robust U.S. engagement on the issue of an army in Kosovo is essential for ensuring an outcome that safeguards peace and stability in the region.