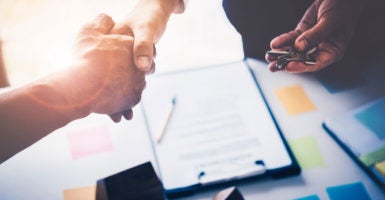 A new metastudy by Serbian think tank Libek confirms that countries wishing to increase their economic growth—and reap the many rewards that come from doing so—need to focus on advancing the economic freedom of their people.

Libek looked at 92 scholarly research studies that considered the relationship between economic freedom and economic growth. Eighty-six of them (93.5 percent) found a positive relationship.

That is not surprising, considering that economic freedom—the ability to direct one’s own life and make economic decisions for oneself—encourages and empowers people to make a better life for themselves and for their families.

The increased economic activity they produce shows up in measures of economic growth.

Still, the point cannot be made frequently enough, because economic freedom is still repressed in so many parts of the world.

The authors of the Libek metastudy think their findings are particularly relevant to their native Serbia.

The increase in economic-growth rates is very important for the Serbian economy. Serbia is the slowest-growing economy in the Balkans: Average growth rate in the decade after the recession (2008-2016) was only 0.83 percent annually.

At the same time, the unweighted average growth rate for other Balkan countries (Albania, Bosnia and Herzegovina, Bulgaria, Croatia, Macedonia, Montenegro, and Romania) was nearly double that number, reaching 1.58 percent.

All but two of the other Balkan countries score higher than Serbia in The Heritage Foundation’s 2018 Index of Economic Freedom.

In fact, Heritage’s Index shows that on average, countries with the greatest increase in economic-freedom scores over 5-, 10-, and 20-year periods also have the greatest average annual growth in gross domestic product (GDP) per capita. 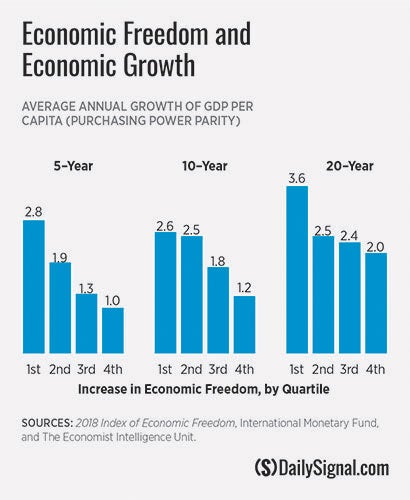 The Serbian think tank’s findings are not surprising, and policymakers in Serbia and around the world should take them to heart.

Advancing economic freedom is key to generating economic prosperity for the greatest number of people—in Serbia and everywhere else.

This article has been updated to reflect that certain sentences were quotes from the Libek study.