A Brief Look at Presidents Who Met the Queen 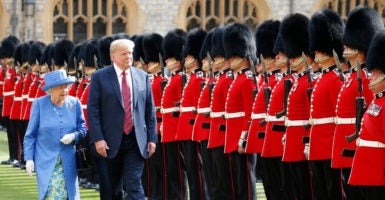 Edgar Barrios is a member of the Young Leaders Program at The Heritage Foundation.

As part of his trip to the United Kingdom, President Donald Trump traveled to Windsor Castle on Friday to enjoy afternoon tea with Queen Elizabeth II.

Trump is the 11th U.S. president that Queen Elizabeth has met in her 66-year reign as the British monarch. She also met Presidents Herbert Hoover and Harry Truman prior to becoming queen.

The personal relationship between the U.S. president and British monarch has grown over the past century, helping forge tighter bonds between the two nations.

The first sitting president to visit the U.K. was Woodrow Wilson in 1918. Wilson and his wife stayed at Buckingham Palace on their way to Paris for peace talks at the end of World War I. President Dwight Eisenhower was the first U.S. president Queen Elizabeth met after acceding to the throne in 1952. Eisenhower then hosted the queen for her first state visit to the U.S in 1957.

In 1961 when President John F. Kennedy visited, over a half a million Britons lined the route of his car procession to witness the president and his wife Jackie Kennedy on their tour. After Kennedy’s passing, the queen ordered the tenor bell in Westminster Abbey to sound for the late president.

President Richard Nixon met the queen for the first time as president in 1969, and again in 1970 at Chequers, which is a home of the British prime minister. In 1976, the queen visited the United States during the presidency of Gerald Ford, and even helped mark the U.S. bicentennial celebration. In 1977, Queen Elizabeth hosted President Jimmy Carter for dinner at Buckingham Palace.

President Ronald Reagan shared a particularly close relationship with the queen. Over his eight years, he visited Great Britain multiple times and was the first president to stay overnight at Windsor Castle. Both the queen and Reagan were avid horseback riders, and the two enjoyed riding together during his visits. 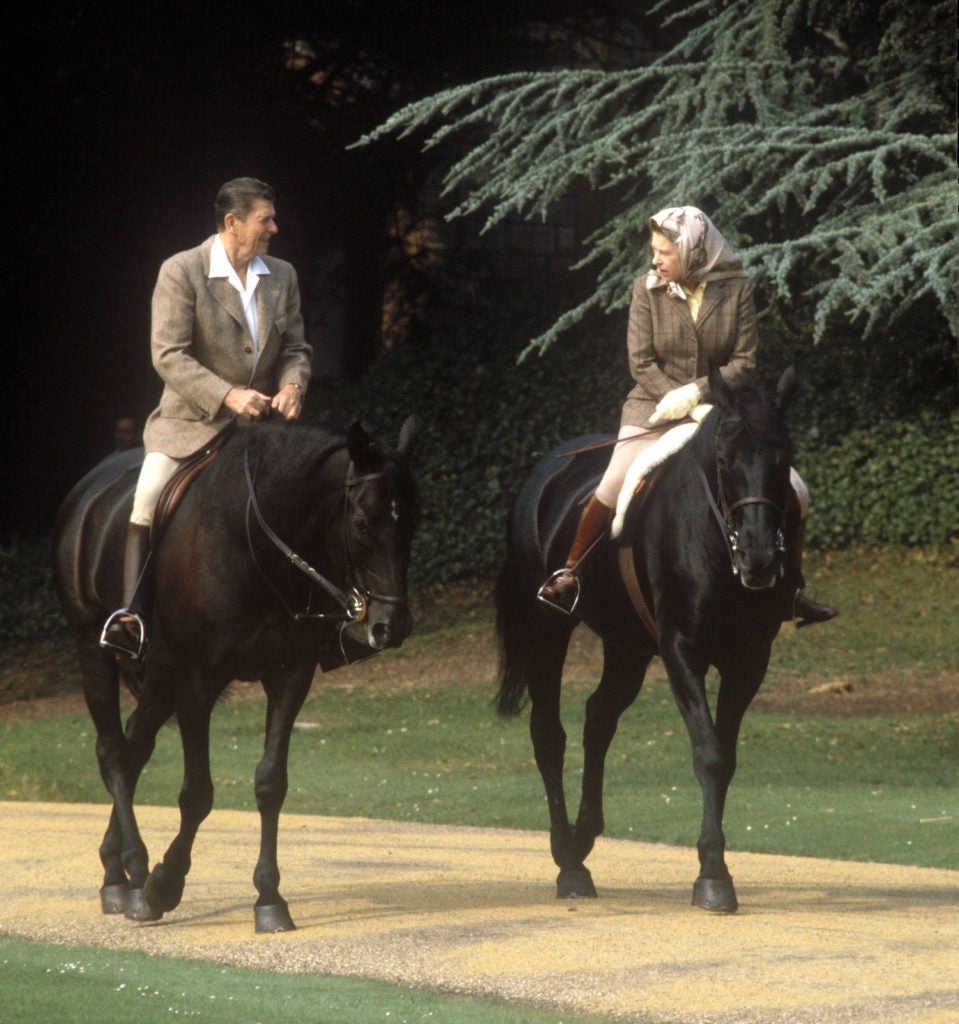 Reagan would visit with Queen Elizabeth in the United Kingdom three times during his presidency. In 1983, he hosted the queen and her husband Prince Philip at the Reagan Ranch in California.

President George H.W. Bush met the queen in 1989 in London, and took her to her first Major League Baseball game, a Baltimore Orioles game, when she visited the U.S. in 1991.

President Bill Clinton’s first meeting with the queen occurred in 1994, when he and Hillary Clinton traveled to Europe to mark the 50th anniversary of the D-Day landings. On that trip, they stayed aboard the queen’s yacht.

President George W. Bush first met the queen in 2001. Bush was given a state dinner in London in 2003, and that same year, he became the first president since Wilson to stay the night at Buckingham Palace—the monarch’s main and most recognizable residence.

President Barack Obama met the queen twice during his eight years in office. Upon first meeting her in 2009, he presented her a gift: an iPod filled with pictures from her visits to America, but which also came loaded with the president’s own 2008 Democratic National Convention address, and his 2009 inaugural address.

The relationship between American presidents and the British monarch over the past century has become one of the great attributes of the U.S.-U.K. special relationship. Trump will undoubtedly build upon a close relationship with the queen, which 10 presidents before him have helped to build.